Today we celebrate the birthday of Charles Dickens, a beloved author whose works defined the Victorian era. It's the perfect time to introduce our colleague and friend, the inimitable Vic Zoschak. Vic is proprietor of Tavistock Books in Alameda, CA. 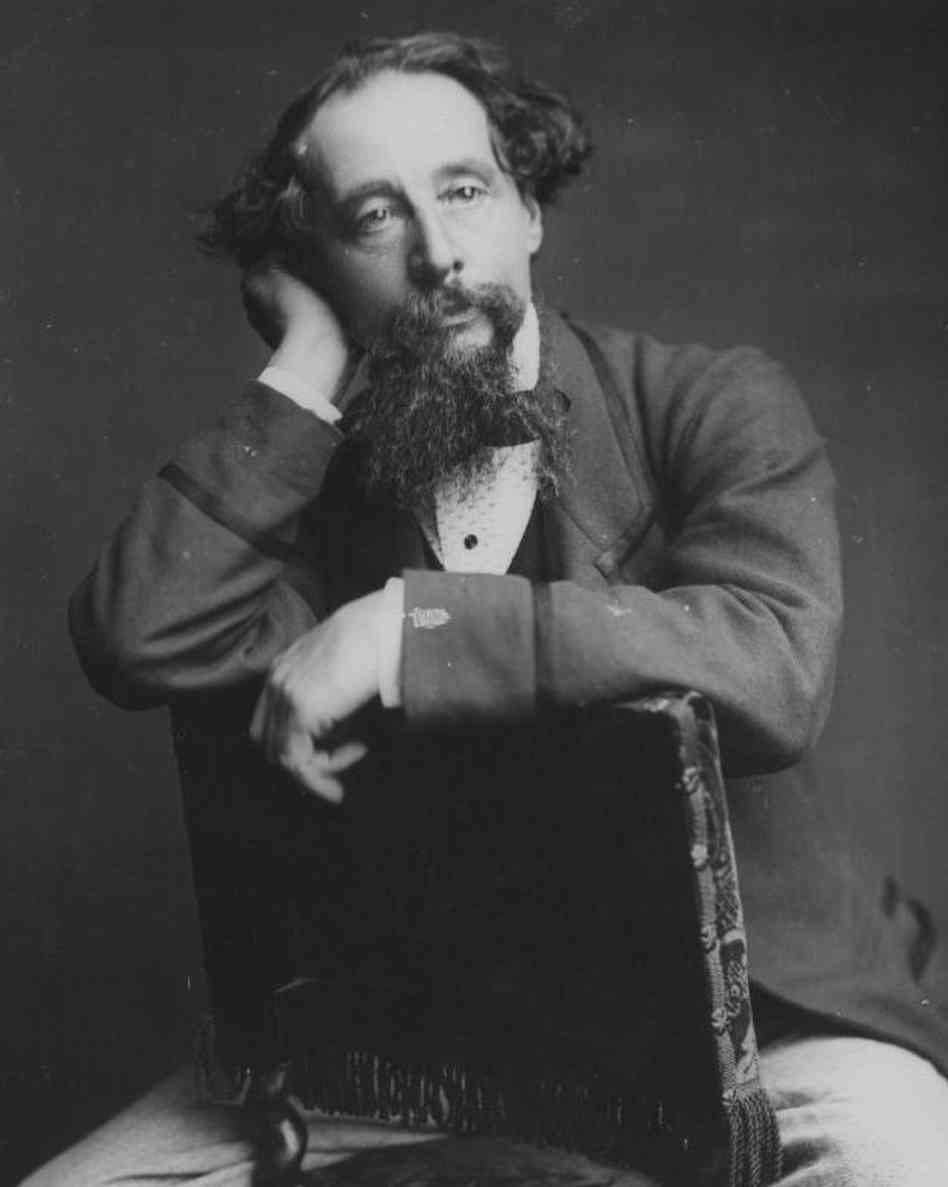 He's one of the leading dealers in all things Dickensian. Vic was kind enough to sit down and talk about how he discovered Dickens, trends in collecting, and his take on the future of rare books.

Books Tell You Why: When did you start collecting rare books?

Vic: In the mid-1980's my book club read Dickens' Pickwick Papers, which of course is Dickens' first novel. Shortly thereafter I went on vacation to Vancouver, where as usual I explored local bookshops. It was there that I first visited an antiquarian book store, and they had a beautiful first edition of Pickwick Papers. It offered this incredible tactile experience.The price was affordable, so I purchased the book as a souvenir of my vacation. On the way home from Vancouver, I read a biography of Dickens and became absolutely fascinated with him as a man. He's truly a multifaceted fellow. That's when I decided to start collecting first editions of Dickens' books.

Books Tell You Why: Why do rare books hold such appeal for you?

Vic: I enjoy reading the original edition for I feel a connection to the time period. It's a vastly different experience than reading a trade paperback. The trade paperback is of today; the first edition is of yesterday who knows, there's the chance, however remote, that Dickens actually held the book I hold. Such is not the case with a modern paperback edition.

Books Tell You Why: How did you transition into bookselling?

Vic: I actually got into the bookselling business as a means to further my collecting! I confess, I didn't want to pay the sales tax, and occasionally I was offered the trade courtesy extended others in the trade. And at the time, I was upgrading my collection, so I began selling duplicates and those odd salable items I had stumbled across while in shops looking for Dickens. When I opened my shop in 1997, I decided to cease collecting, per se, and focus on helping others build their collections.

Books Tell You Why: Dickens has remained a perennially popular author. Why do you think that is?

Vic: I know that for me, it's the prose. In my opinion, Dickens is unrivaled by other authors of his era.


Books Tell You Why: Which of Dickens' works is your favorite?

Vic: Probably Our Mutual Friend, his last completed novel. It's a really compact book, but incredibly hard hitting. It's also a bit dark, which makes sense, given what Dickens was experiencing at the time. I think because it's dark, it gets a little less attention than some of his other works.

Books Tell You Why: What was going on in Dickens' life at the time?

Vic: Dickens had separated from his wife in the late 1850s, he was having an illicit affair with an actress much younger than him, so there was the challenge of keeping such out of the public eye he was having health issues money issues my take on the OMF text is that some of the 'burden of life' is reflected in Dickens' verbiage.

Books Tell You Why: Tell us about a few exceptional items in your Dickens inventory.

Vic: Adah Menken, an actress who published a modest volume of poetry  called Infelicia dedicated same to Dickens. Currently in stock, I have a copy of this 1868 publication in which Dickens has signed his name on a preliminary flyleaf.

Books Tell You Why: What advice would you offer to new Dickens collectors?

Vic: Begin with the end in mind. Figure out where you want to go with your collection. At first, my goal was ambitious: I wanted one of everything listed for Dickens in the New Cambridge Bibliography of English Literature [1970], i.e., 71 columns of material published from 1833 - 1970. But I soon realized this wasn't necessarily feasible, especially for someone who doesn't have an unlimited budget! And you always want book collecting to be a joy, so set a budget. That way your collecting habit will never be a source of stress.

Books Tell You Why: What trends in collecting have you noticed recently?

Vic: Fewer collectors are acting as completists, that is, collectors who strive to collect every item from a single author. More people collect the "highlights," the most popular items from great authors. So for Dickens collectors, that means that there's still very strong interest in Dickens' major novels, but less focus on, say, the first editions of his plays.


Books Tell You Why: What's your take on e-books? Will they ever totally replace the physical book?

Vic: They've actually seemed to make physical books more desirable. People will read an e-book, fall in love with the work, and decide they want to own a high quality copy of the book. When there's only an e-book, how do you really own it? How do you 'show it off'? Further, a physical book represents not just the book itself, but also a moment in my life.. I think back to my first Dickens purchase, the first edition of Pickwick Papers. There is no physical manifestation of that moment with an e-book. So books can act as artifacts & mile-markers of our lives, and that won't go away. Or so I believe.

Learn more about Vic and Tavistock Books at his newly launched blog, or check out his video interview with the Antiquarian Booksellers Association of America.