END_OF_DOCUMENT_TOKEN_TO_BE_REPLACED

The comic debut of Superman has sold for an out-of-this-world price.

The copy of Action Comics No. 1 from 1938, which features the first appearance of the "Man of Steel" was bought by an undisclosed buyer for a record $1.5 million Monday on the online auction site ComicConnect.com. "This is the Holy Grail of Holy Grails," said Vincent Zurzolo, co-owner of the Web site.

END_OF_DOCUMENT_TOKEN_TO_BE_REPLACED

Relief is an image created by a printmaking process, such as woodcut, where the areas of the matrix (plate or block) that are to show printed black (typically) are on the original surface; the parts of the matrix that are to be blank (white) having been cut away, or otherwise removed. Printing the image is therefore a relatively simple matter of inking the face of the matrix and bringing it in firm contact with the paper; a printing-press may not be needed as the back of the paper can be rubbed or pressed by hand with a simple tool.

END_OF_DOCUMENT_TOKEN_TO_BE_REPLACED

Intaglio is a family of printmaking techniques in which the image is incised into a surface, known as the matrix or plate.

END_OF_DOCUMENT_TOKEN_TO_BE_REPLACED

Lithography (from the Greek - lithos, 'stone' + - graph 'to write') is a printmaking method using a stone (lithographic limestone) or a metal plate with a completely smooth surface. Invented in 1796 by Bavarian author Alois Senefelder as a low-cost method of publishing theatrical works, lithography can be used to print text or artwork onto paper or another suitable material.

END_OF_DOCUMENT_TOKEN_TO_BE_REPLACED

"There is nothing like holding a nice book," said Mark Raffauf, a 51-year-old photographer. "I don't care what anyone else says, you can't get that kind of feel or smell from a screen." There was a swagger to the more than 2,000 who attended the fair, which featured about 115 specialized dealers from the United States and Europe. Sure, they might have been bookworms. But no one was going to bully them into reading from something as debased as an e-reader. To this bunch, liquid crystal displays are for losers; leather binding, parchment and ink rule.

"The Kindle is convenient, but I don't want to read a book from a little screen," said Dennis Melhouse, owner of First Folio Rare Books in Paris, Tenn. "You're not going to get a signed copy of Leaves of Grass on the Kindle." Sure enough, Melhouse sells a copy signed by Walt Whitman. He'll sell it to you for $8,000. While his business is down 30 percent, he doesn't blame technology. It's the economy, he said.

END_OF_DOCUMENT_TOKEN_TO_BE_REPLACED

The Pleasure of the Pursuit 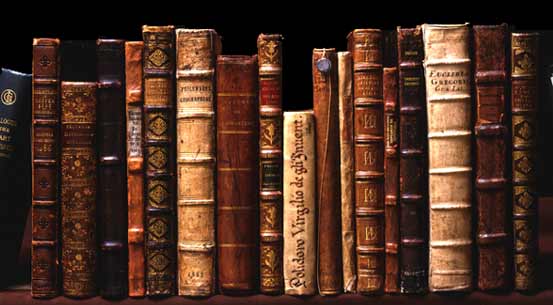 Whatever collecting is, it isn't a hobby. It's an obsession, an addiction. You get tired and a little annoyed of people humouring you, smiling indulgently when you speak of your obsession, as if it were some stamp and coin collecting phase from high school that you hadn't outgrown as an adult.