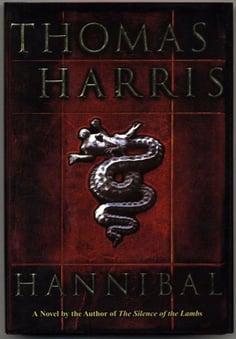 A famously reclusive author, Harris hasn't given an interview since 1976. Stephen King notes that writing can be tedious for all authors, but for Harris it's like "writing on the floor in agonies of frustration" because "the very act of writing [for Harris] is a kind of torment."

"As a sultan once said: I do not keep falcons—they live with me."

Harris clearly has an unusual relationship with the characters he creates. He often speaks of his characters as if they really exist, and he is merely recording events in their lives as he observes them, invisible. In his forward to the 2000 edition of Red Dragon, Harris writes, "I found, and find, the scrutiny of Dr. Lecter uncomfortable, intrusive, like the humming of your thoughts when they x-ray your head."

Though Harris has written multiple novels that feature Lecter, that sense of discomfort has not diminished. He does not relish new encounters with the formidable psychiatrist, nor does he wish these encounters on his other characters. Harris felt particularly protective of Clarice Starling, the young protagonist of The Silence of the Lambs. "I dreaded doing Hannibal, dreaded the personal wear and tear, dreaded the choices I would have to watch, feared for Starling. In the end I let them go, as you must let characters go....There is a certain amount of courtesy involved." 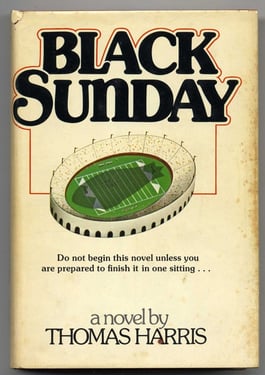 Harris' debut novel met with only moderate success—until it was adapted for Hollywood. Terrorists plan mass murder during the Super Bowl in New Orleans, and law enforcement agents race to thwart them. Harris was inspired by the 1972 Munich Olympics, where Palestinian terrorists took Israeli athletes hostage and killed them. Harris appreciated the strong female protagonist of Black Sunday, which led him to create the character of Clarice Starling in The Silence of the Lambs.

This was the first novel to feature Dr. Hannibal Lecter, the psychopathic psychiatrist who violently kills and cannibalizes his victims. It was adapted into the film Manhunter in 1986, starring Brian Cox as Lecter. Following the success of The Silence of the Lambs and Hannibal, director Brett Ratnor remade Red Dragon for the big screen in 2002. The title of the novel refers to the The Great Red Dragon paintings by William Blake, which capture scenes from the Book of Revelation.

In this sequel to Red Dragon, young FBI agent Clarice Starling goes on an errand to the prison for the criminally insane. Her mission: to give Dr. Lecter a questionnaire--and to solicit information about serial killer "Buffalo Bill." Starling and Lecter embark on a strange battle of wits that leads Starling directly to Buffalo Bill. Meanwhile Lecter stages a brilliant escape and slips away to Mexico.

The movie adaptation of Silence of the Lambs, starring Jodie Foster and Anthony Hopkins, was a blockbuster hit. It was only the third movie in the history of the Academy Awards to sweep the Oscars in all major categories.

Set seven years after The Silence of the Lambs, this novel begins as Starling's FBI career crumbles. She's shot a suspect in a drug deal gone wrong. Lecter emerges from hiding to offer his condolences—and solicit more information about Starling's personal life. Both the FBI and one of Lecter's victims decide to use Starling as bait and recapture Lecter. 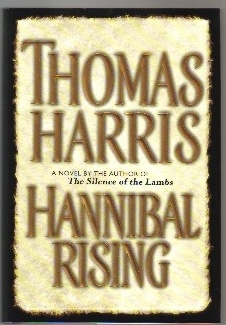 The prequel to both Red Dragon and The Silence of the Lambs, Hannibal Rising chronicles Lecter's childhood and the events that sent him on the path to psychopathy. It opens in 1941, when Lecter is only eight years old. His childhood home, Lecter Castle in Lithuania is soon overtaken by the Nazis thanks to Operation Barbarossa.

He witnesses unspeakable violence against his own family, including the murder and cannibalization of his sister. Lecter later embarks on a mission to inflict the same fate on his sister's murderers—and strays down a path of darkness from which there is no return.

This post was updated from the original version found on our blog in 2013.