How To Identify Simon & Schuster First Editions in 2019

One of the four largest English-language publishing houses, Simon & Schuster now publishes over 2,000 titles a year under 35 different imprints. The firm started by publishing crossword puzzle books and grew to publish some of the world's most recognized authors.

In 1913, the first crossword puzzle appeared in the New York World. The diversion was immediately popular. Richard L Simon's aunt was a fan, and in 1923 she asked her nephew where to buy a book of crossword puzzles. That book didn't yet exist, and Simon decided to capitalize on the opportunity. After all, in previous years, books of Coué (1921), Mah Jong (1922), and Bananas (1923 had hit the market with astonishing success. Simon formed a partnership with M Lincoln "Max" Schuster to publish crossword puzzle books, and Simon and Schuster was born. The duo decided to attach small pencils to their books as part of their marketing. To this day, Simon and Schuster remains the main publisher of crossword puzzle books. 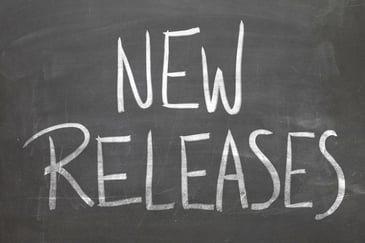 The firm continued to innovate. In 1939 Simon and Schuster launched Pocket Books with Robert Fair de Graff. This was the first American publisher of paperback books. And in 1942, Simon & Schuster started Little Golden Books in cooperation with the Artists and Writers Guild. The venture into children's book publishing proved quite successful. Western Printing and Lithography partnered with Simon & Schuster to handle the actual printing, finally buying out Simon and Schuster in 1958.

Simon & Schuster's most notable editors-in-chief have been Robert Gottlieb and Michael Korda. Gottlieb joined Simon & Schuster in 1955 as the assistant to Editor-in-Chief Jack Goodman. Gottlieb was the one to discover Joseph Heller and Catch-22. He's edited works by a host of famous names, including Salman Rushdie, John Gardner, Ray Bradbury, and Michael Crichton. It was Gottlieb who famously rejected John Kennedy Toole's first draft of A Confederacy of Dunces. Toole refused to make Gottlieb's suggested changes and later committed suicide. Toole's mother had the book published at the Louisiana State Press, and Toole received a posthumous Pulitzer Prize thanks to the book.

Michael Korda got his start at Simon & Schuster in 1958, as an editorial assistant who waded through the "slush pile." After rising to Editor-in-Chief, Korda published works by Richard Nixon, Ronald Reagan, William L Shirer, and Will and Amy Durant. Korda is also a prolific writer in his own right. He's penned novels, memoirs, and non-fiction. Many of his works are histories, but he's explored topics as diverse as the life of Lawrence of Arabia and the hobby of watch collecting.

Like most modern publishing houses, Simon & Schuster has seen significant changes in the past several decades:

Over the years, Simon & Schuster has published a wide variety of authors, from political figures like Jimmy Carter and Hillary Clinton, to popular novelists such as Janet Evanovich and Mary Higgins Clark. Thus many rare book collectors need to know how to identify a first edition from Simon & Schuster. Since its inception in 1924, the company has issued multiple statements regarding first edition identification:

1924-1936: First editions are indicated by the lack of printing or edition notice on the copyright page. Subsequent editions include the date and sometimes the quantity of the printing.

Mid-1973-1980: Simon & Schuster used a string of numbers on the copyright page to indicate print number.  Occasional exceptions are made, in which the words "First Printing" are spelled out on the copyright page. The date may also be included in these cases. In the 1976 statement, the publisher clarified the use of the word "edition," which they used in two ways: 1) to distinguish the binding style, such as when the book is available in both paperback and casebound editions; and 2) to indicate the version of the text. "Edition" therefore does not mean "impression" or "printing." The first number on the copyright page could be a "1," but the title or copyright page shows that the book is a revised or subsequent edition.

1981-present: The same conventions as above were used, with one important exception. Rather than printing the numbers on the copyright page in sequence, they sometimes appeared as "1 3 5 7 9 10 8 6 4 2." The lowest number shown indicates the print number.