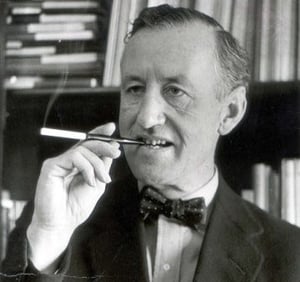 At Fleming's preparatory school, the headmaster's wife would read the boys Bulldog Drummond novels. William Cook, writing for the New Statesman, observed how "Fleming devoured the Bulldog Drummond tales of Lieutenant Colonel H. C. McNeile (aka "Sapper") and the Richard Hannay stories of John Buchan...In Bond, he created a Bulldog Drummond for the jet age." Fleming acknowledged that the Bulldog Drummond stories heavily influenced him as he wrote James Bond.

When Fleming finished prep school, his mother sent him to finishing school in Austria. It was there, at Tennerhof at Kitzbuhel in the Austrian Alps, that Fleming discovered his love of writing. He began composing stories there. The only surviving piece from that period, unfortunately, is "A Poor Man Escapes." Fleming wrote it at the age of 19.

A Bibliophile in His Own Right

Fleming was a celebrity in his own right, and he was also well known as a book collector. He founded The Book Collector the same year he published Casino Royale. The journal is the only one in the world exclusively dedicated to book collecting, and it's still issued quarterly. Fleming originally began collecting modern firsts, but soon decided to focus on "books that marked milestones of progress—books that had started something."

The Man with the Golden...Typewriter? 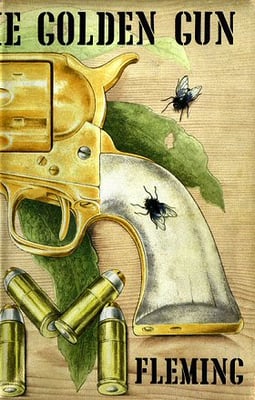 After finishing the first draft of Casino Royale, Fleming rewarded himself with a Royal Quiet Deluxe Portable gold-plated typewriter, which he used to write the rest of his books and short stories. The typewriter was purchased at auction in 1995 by an anonymous bidder, and it hasn't been seen since. Rumors once circulated that actor Pierce Brosnan, who played James Bond, had purchased the typewriter, but he denied it.

Ian Fleming engendered James Bond with his own penchant for martinis. While both Bond and Fleming famously loved the signature "shaken, not stirred" cocktail, Fleming also enjoyed a less assuming drink. During an interview with The New Yorker's Geoffrey Hellman, Fleming followed his martini with a Miller High Life. "I like the name 'High Life,'" he told Hellman, "That's why I order it."

Fleming made no secret of his love for cars. It's even obvious from the way he describes cars (especially Bond's signature Aston Martin) in his James Bond books. He even had a collection of exotic imports. Yet in an article for The Spectator called "If I Were the Prime Minister" (1959), Fleming rails against the "noise, carbon monoxide gas and exasperation caused by the traffic in our towns." Before it was fashionable to worry about the environment, Fleming advocated replacing automobiles' internal combustion engines with electric ones.

Bringing Excitement to a Dull Moniker 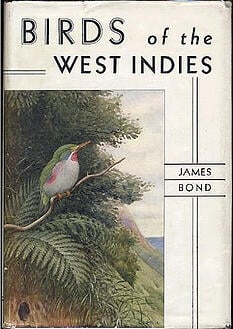 Fleming wanted a boring, bland name for his extraordinary spy. He borrowed the name "James Bond" from the famous ornithologist whose field guide he'd had since childhood. "When I was casting about for a name for my protagonist, I thought, My God, that's the dullest name I've ever heard....Now the dullest name in the world has become exciting." The real James Bond reportedly wrote a letter thanking Fleming for using the name.

Fleming said that his books had "no social significance," except, perhaps a "deleterious one." Fleming was aware that his books were often criticized for having too much sex and violence. But Fleming observed that history is filled with both. He didn't crave affirmation from literary circles, although contemporary authors like Somerset Maugham and Raymond Chandler offered critical acclaim for Fleming's books.

Fleming suffered his first heart attack in 1961. While recovering, he penned his only non-Bond novel. Chitty-Chitty-Bang-Bang is a children's story that Fleming wrote for his son, Caspar. The book, based on the racing cars of the eccentric Count Zborowski, was adapted for both stage and screen. Only one functional racing car was assembled for the movie, and it weighed over two tons.