Don’t Know Poet Rubén Darío? Here’s Why You Should

Jorge Luis Borges said that all writers create their own predecessors. Bold, new writing doesn’t simply reveal its own concerns, it reveals an entire literary history leading up to its creation, and sometimes that history involves works that might not otherwise be widely read. In American literature, Ernest Hemingway held up Mark Twain’s The Adventures of Huckleberry Finn (1884) as a kind of ur-novel to which all other American fiction can be traced. In Spanish-American poetry, that same considerable distinction is held by Rubén Darío. 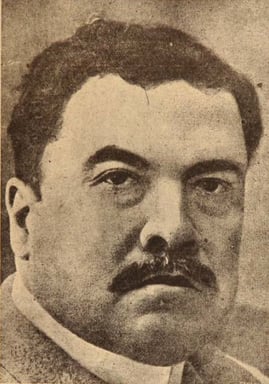 Born in Nicaragua in 1867, Darío was nothing if not a wunderkind. He began his career as a poet at the age of 14 and by the age of 21 he had published Azul (1888), a groundbreaking collection of poems that brought the tenets of the French Parnassian school of poetry (which included Sully Prudhomme and Stéphane Mallarmé) to life in the Spanish language for the first time.

Over the course of the ensuing decades, Darío would continue to blend his native poetic traditions with cosmopolitan French ones (especially that of Paul Verlaine and the symbolists), not to mention American transcendentalism in the vein of Emerson and Walt Whitman. Even in one of his earliest works he championed this versified cultural diffusion (which came to define the Modernismo movement with which his name would become synonymous), remarking, “my wife is from my land; my mistress is from Paris.”

Though he would die before the age of 50, Darío left behind a body of work that would cement him as one of the most important Spanish-language poets in history. The list of 20th century Spanish writers who cite Darío among their most significant predecessors is staggering, boasting such A-list names as Pablo Neruda, Federico Garciá Lorca, and César Vallejo. The Nobel Prize-winning Spanish writer Juan Ramón Jiménez was noted as saying, “Spanish poetry of that time, as in Spanish America, starts with Rubén Darío… (h)e embodies the very essence, the synthesis of Spanish American Modernist poets.” Octavio Paz, another winner of the Nobel Prize, echoed Jiménez, saying, “Darío was not only the richest and most wide-ranging of the modernist poets: he was also one of our great modern poets. He was the beginning.” For readers (and writers) of Spanish-language poetry, the last hundred years would likely be virtually unrecognizable without Rubén Darío. 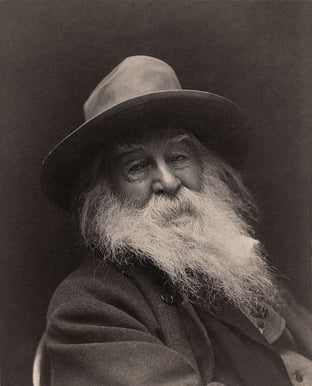 Of course, Darío’s incredibly high regard among his fellow Spanish-American poets does raise an important question: why does he remain relatively obscure to English-language readers?

Part of the answer relates to the innovative nature of the poetry itself. Not only did Darío successfully import the aesthetic concerns of the Symbolists (and their attendant rejection of Émile Zola-style Naturalism), he also proved himself to be a master linguistic technician, pushing the boundaries of his medium in terms of rhyme and meter. The result is a set of poems that are not easily translated. Translators have in general been forced to give up either the musicality of Darío’s language in favor of the proper rhythmic quality or vice versa, leading to translations that are either overly flat or treacly. But beyond the difficulty of translating Darío’s verse, the blame for his regional obscurity can only be placed at the feet of the gods of literary posterity, those inconstant arbiters. Hopefully Darío can be rescued from them yet.