Margaret Atwood is one fascinating lady. Her writing career stretches over half a century and ranges from poetry, short stories, fiction, and non-fiction. Her Canadian nationality is at the forefront of her identity. And she really, really loves birds. Atwood has a slew of awards and honors to her name, including the Man Booker Prize, and there’s no question why. The characters and settings that she creates are complex, interesting, and reflective of reality with a twist of imagination. Whether you’re new to Atwood or you have multiple copies of The Handmaid’s Tale at home, here are some tidbits about the indefatigable Atwood. 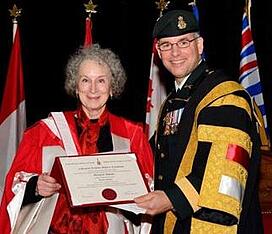 1. Atwood grew up in the far northern woods of Quebec because of her father’s entomological research. She did not attend a full year of grade school until she was about 13 years old.

2. As a child, she aspired to be a painter. Though she ultimately chose a different creative venture, Atwood has designed many of the Canadian covers for her books of poetry. She says she may return to painting when she retires.

3. Atwood was first published as a poet in 1961 with her collection Double Persephone. She admitted in a 1990 interview with The Paris Review that some of her poems led to novels: “I don’t think I solve problems in my poetry; I think I uncover the problems. Then the novel seems a process of working them out.”

4. Short stories are another favorite literary form for Atwood. Her first published collection was Dancing Girls in 1977, which won the St. Lawrence Award for Fiction. Her most recent short story collection, Stone Mattress, was published in 2014. 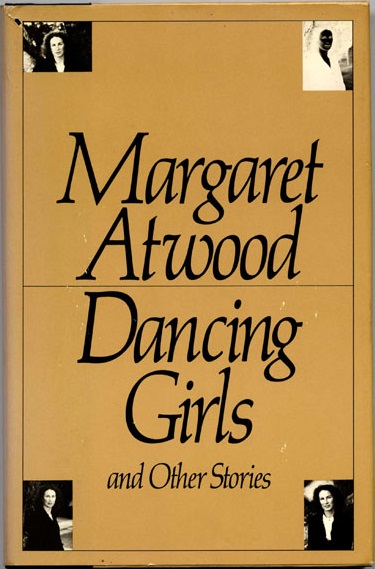 5. Literary critics have often labeled Atwood a feminist writer, though she resists saying so herself. She does frequently explore women's struggles in her novels, like the marital infidelity in Life Before Man published in 1979.

6. In her writing and in her life, Atwood is an outspoken advocate for environmental issues. Her most recent novels – Oryx & Crake, The Year of the Flood, and MaddAddam – have a strong “green” focus.

7. To that end, Atwood and her partner Graeme Gibson are the Joint Honorary Presidents of the Rare Bird Society within BirdLife International.

8. Atwood has contributed much to the academic discussion of the Canadian identity. She’s about as Canadian as one could imagine, and it often shows up in the stories she chooses to explore, like the historical murders in Upper Canada explored in her 1996 novel Alias Grace.

9. Because of The Handmaid’s Tale and now her MaddAddam trilogy (both set in future societies), Atwood is frequently asked about her thoughts on science fiction. She prefers the term “speculative fiction,” wishing the phrase "science fiction" to instead focus on space travel and extraterrestrials.

10. Atwood is the first author to contribute to The Future Library Project, which will take one writer’s contribution each year for the next hundred years to be printed in the year 2114. Scottish artist Katie Paterson conceived the project and planted a forest of trees in Norway that will be harvested to print the books. Unfortunately for readers today, Atwood’s work will remain unpublished until then.