A Brief History of the Nobel Peace Prize

Considered alongside its fellow awards, the Nobel Peace Prize can seem a little vague. While the Nobel Prize in Literature, for example, has often been the subject of controversy, it, like the awards for physics and chemistry, is fairly straightforward. As with those aimed at breakthroughs in the sciences, the award for literature is ostensibly awarded to those achieving the most impressive new heights in the field.

The Nobel Peace Prize, on the other hand, while not referring to a discreet discipline in and of itself, has long been considered a bit nebulous in its intent. Despite that, the Peace Prize has been the highest honor the world bestows upon its most luminary minds — from Dr. Martin Luther King and the Dalai Lama to Malala Yousafzai and Jimmy Carter — for more than a century. 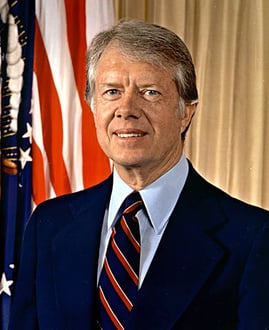 When Alfred Nobel died in 1896, he did so having established his namesake prizes with little explanation of what the Peace Prize was meant to reward. His only guidance was that the award should go to whomever "shall have done the most or the best work for fraternity between nations, for the abolition or reduction of standing armies and for the holding and promotion of peace congresses."

While the notorious inventor of ballistite (a smokeless propellant adopted by military forces in the 19th Century) and dynamite’s decision to award breakthroughs in physics and chemistry was more or less intuitive, few could understand the impetus behind the Peace Prize. Some, for instance, believed that the prize was an outgrowth of Nobel’s guilt regarding the destructive power of his inventions. Others attribute the decision to his friendship with Bertha von Suttner, an advocate for peace, who would eventually be awarded the prize herself.

Despite murky origins, the Prize became a bellwether of social and political change almost immediately. Some of the early awards went to the founder of the Red Cross (which would, itself, receive the award for its work in the First and Second World Wars) and Teddy Roosevelt, among others. In the ensuing decades, the Prize would be awarded to those who helped found such peace-promoting organizations as the International Peace Bureau, the League of Nations (Woodrow Wilson was first among its associated laureates), and the United Nations. In more recent years, the award has gone to Holocaust-survivor Elie Wiesel, Iranian activist Shirin Ebadi (“for her efforts for democracy and human rights”), and Muhammad Yunus, who fought for the rights of women and the poor in his native Bangladesh.

A History of Controversy 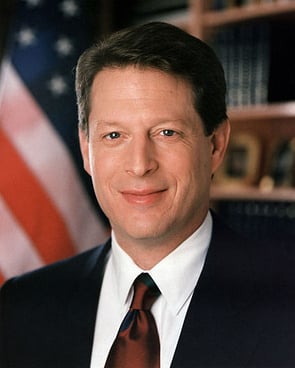 Naturally, the award’s history carries its fair share of controversy. Mohandas Gandhi, for instance, was never given the award. Following his death in 1948, however, the five-time nominee was seemingly paid some modicum of respect by way of the committee’s choice to award no prize, asserting that no living person was a suitable candidate. The infamous omission caused Geir Lundstead, the secretary of the Prize committee in 2006, to remark “Gandhi could do without the Nobel Peace prize, whether Nobel committee can do without Gandhi is the question.”

Further controversies have, naturally, stemmed not just from who was snubbed but who was awarded. The bestowing of the award onto Nixon's Secretary of State Henry Kissinger, for instance, drew considerable ire from those who felt that he had, by and large, been a proponent of escalating military action throughout his career.

More recently, some felt Al Gore’s award to be unsuitably political, as his work on climate change was considered by many to be largely irrelevant to the question of peace.

Nonetheless, the Nobel Peace Prize remains one of the few prizes in existence that rewards a fundamental optimism and idealism attendant to the human spirit. The value of doing so on a global stage can hardly be overstated.