A Guide to Collecting the Works of Anchee Min

Whether you’re just beginning to read the works of Anchee Min or are considering starting a contemporary literature collection that focuses on Min’s works, it’s essential to know more about her background to understand the potential ways of framing your collection. While many people simply collect all books written by a particular author, Min’s life story provides an interesting background for framing a larger collection that includes texts of the Chinese Cultural Revolution or the Chinese-American immigrant community in the U.S. and elsewhere. 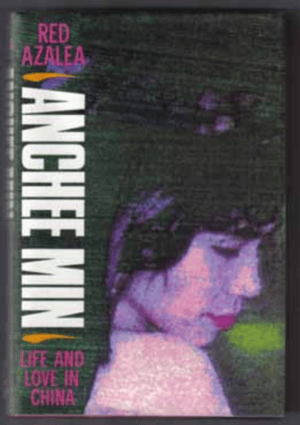 Anchee Min was born in Shanghai in 1957. Her parents were both teachers, and Min and her three younger siblings were raised during China’s Cultural Revolution that began in 1966. Min grew up learning the teachings of Mao Zedong and his wife, Madame Mao, or Comrade Jiang Qing. In the early years of the Cultural Revolution, Min became part of the Little Red Guard at her school. Yet by the time she was 17 years old, Min was sent to a labor collective known as Red Fire Farm. The labor collective was located on the China Sea, and Min was forced to work in rice fields from sunrise to sundown each day. It wasn’t until Min was removed from her home and forced to labor at Red Fire Farm that she began to question Chairman Mao’s ideology and the writings of the “Little Red Book.”

A short time later, Min was recruited by the Shanghai film industry to compete for a role in a film entitled Red Azalea, which was a fictionalized cinematic account of Comrade Jiang Qing’s life. Although Min didn’t win the role, politics in China shifted in 1976 when Chairman Mao died and Comrade Jiang Qing was subsequently arrested. Min emigrated from China and arrived in the United States in 1984. Since arriving in the U.S., Min has written numerous acclaimed works, from her memoir Red Azalea (1993) to a novel about Comrade Jiang Qing entitled Becoming Madame Mao (2000) to Empress Orchid (2004), a historical novel about Empress Dowager Cixi.

Works to Consider for Your Collection 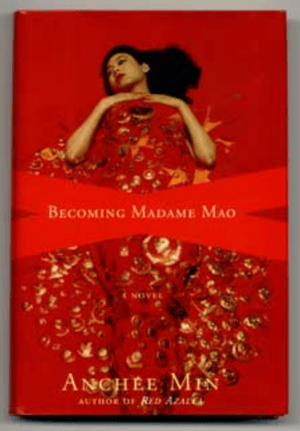 As you begin building your Anchee Min collection, you might start by seeking out first editions of her works. We want to tell you a little bit more about some of her early first editions and what you should look for as you assemble your collection.

The true first edition was published in London by Victor Gollancz. You may even be able to locate a copy that has been signed by the author. If you want to create a complete collection that includes all of Min’s books, you’ll also want to locate a U.S. first edition of the memoir, published by Pantheon Books in 1994.

When you find yourself especially immersed in Min’s memoir, you might add to your collection with a first edition of her second memoir, The Cooked Seed: A Memoir (2013). Although this book appeared twenty years after Red Azalea, it served as a follow-up to Min’s life as an immigrant in the United States. The memoir describes Min’s experiences teaching herself English by watching television, suffering traumatic physical and emotional experiences, giving birth to a daughter, and eventually to meeting her second husband. Bloomsbury published the first edition.

Beyond but related to memoir writing, Anchee Min has also written a number of historical novels in which she fictionalizes the lives of notable women in Chinese history. You may be interested in locating a first edition of Becoming Madame Mao (2000), Min’s novel about Comrade Jiang Qing. The first edition was published by Houghton Mifflin. Min also wrote a two-book series about the life of Empress Dowager Cixi of the Qing dynasty. The first in the series, Empress Orchid (2007), as well as the follow-up novel, The Last Empress (2007), were both published in first editions by Bloomsbury.

Broadening an Anchee Min Collection: In Which Direction Should You Go?

While Min has written a total of eight books, you may soon discover that you’ll need to expand your collection. Once you’ve acquired the various first editions of her work, you might want to consider new directions for the collection. For example, you might look to other works written by Chinese immigrants and first-generation Chinese-American authors, such as Maxine Hong Kingston or Xiaolu Guo. Or, for example, you could explore other works of memoir and fiction arising out of the Cultural Revolution, such as Mo Yan’s novels or Ha Jin’s Ocean of Words.

Whichever direction you choose, we hope you enjoy collecting the works of Anchee Min, and placing them in conversation with other texts of the twentieth and twenty-first centuries.