A History of Drama as Literature

There is an often unthought-of tension between the stage’s representation of drama and the play in its written form. Neoclassical considerations of the stage as immoral, temporary, and material were in stark contrast to its view of printed literature as immortal, spiritual, and morally grounded. These complications have a long history, beginning with Platonic forms, leading all the way to the boom of print culture in renaissance England. Here, we explore a brief history of drama as literature.

Platonic forms are often the brunt of cultural critiques: materialists and radical Christians, for example, complain that Platonic dualism detracts from the conditions of material life, focusing on spiritual life instead and thereby minimizing life on earth. Plato wrote this dualism into a dialectic between mimetic poetry (dramatic writings) and regular poetry. Material things, after all, were pale imitations of the forms that existed from eternity; drama was no different.

The mimetic focus of the stage, its being a mere imitation of real life, is a direct parallel of Plato’s formal theory. In Plato’s Republic, drama is condemned for its attempts at imitating real life and is considered useless for the advancement of the literary culture Plato espouses. It is a thoroughgoing chastisement of the dramatic form, one with lasting effects.

Roman high-culture didn’t deviate much from this view. While the lower classes indulged in the plays of Terrence and Plautus at the Bread and Circuses, patricians were taken to reading their plays at home, discussing their philosophical content and dismissing the necessity of seeing the plays performed: performance was brutish and uncivilized anyway, and there was nothing to be gained from it other than base entertainment (how this view was reconciled with the patrician support of gladiator games, I have no clue).

Seneca the Younger is a prime example of the playwright writing for the upper class. His plays would have been impossible to consistently perform on the Roman stage and insufferable for the audience. Long speeches dominate the dialogue and they often included some on stage event that wouldn’t have been possible. Medea, for example, finally exits the stage on an airborne carriage drawn by two flying dragons carrying the heads of her sons. But the play also closely mirrors several of the concepts Seneca discusses in De Ira, as it is obviously a vehicle for showing the effects of the passions in causing irrational human behavior. All of Seneca’s plays follow this same pattern: they’re effective explications of his stoic views and would have been excellent vehicles for discussing them.

Continental neoclassicism closely followed Plato’s conceptions. Along with a fierce enforcement of Aristotle’s unities there was an unrelenting belief in the play as a vehicle for moral lessons, the delivery of which did not necessitate the stage. Especially in renaissance England, the playhouse was seen as a particularly licentious place. Actors were known for their promiscuity and propensity to party. Mirroring Plato’s idea in the Republic that poetry and art should teach moral lessons and edify the soul, the playhouse’s depravity ushered disdain from the bourgeois whose self proclaimed moral high-ground gave them ultimate authority over such matters. They much preferred to stay home and read their plays, affirming the moral lessons they already knew. Those who threatened this structure, Machiavelli’s La Mandragola, for example, were quickly disposed of, shunned by both the academy and high culture alike. 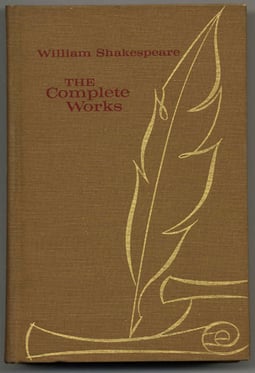 In renaissance England, where moral strictures were not laid upon the playwright, the printed play was quickly becoming a new form of home-bound entertainment, simply existing alongside literary fiction. Ben Jonson printed his first folio in 1616, released to a wide audience and well received in the wake of his incredibly popular plays. Shakespeare, of course, did the same, as well as all of the contemporary popular playwrights. Print culture was popular simply because it was a luxury: those who were able to afford books wanted to use them, and unless they wanted to go to an especially good party, they did not wander near the playhouses.

Modern scholarship asks the question: when we read drama and study it, are we studying literature or are we doing theatre studies? The raw text of a play isn’t just something meant to be read: there’s a clear intention, save a small subsection of dramatic literature, for it to be performed. To read it without that consideration seems naïve and immature.

Still, it’s incredibly hard to imagine the collaborative and fluid art that is the dramatic performance without participating in it, either as audience or as part of the production. The more one sees drama performed, the more vivid one’s imagination and rich one’s interpretation of a dramatic text becomes.

Therefore, dramatic literature is unique in that it requires literal leg work on the part of the reader. Complacency when reading drama will lead to a boring and unfruitful event, a literary travesty if there ever was one. So do read plays: telling a story through dialogue alone is hard and playwrights so often execute it beautifully; but supplement this by attending performances, especially of plays you have read. Your understanding of what the full intentions of the play were will grow tremendously.