A History of Literary Fraud

It’s a writer’s job to play with the truth. We entrust the nonfiction writer with a little license: to render the real with a little flourish that the average eye doesn’t see. And, we trust the fiction writer to show us truth and beauty through a grand fabrication. Despite this understanding, we still hold our writers to delicate standards of integrity. We want engagement and artistry from memoirs and histories, but will not tolerate lies. Nor will we tolerate unoriginality or plagiarism from a writer of fiction. And, as a general rule, we like our books to be written by the person that we’re told they are. Literature, however, is rife with frauds and tricksters who have broken all of these rules—many, many times. 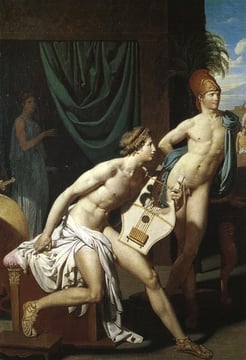 The history of literary fraud, unsurprisingly, stretches as far as back literature itself. An author from the fourth century named Lucius Septimius penned a purported firsthand account of one of the most fabled events in history, entitled The Journal of the Trojan War. It was claimed to be written by the legendary warrior Dictys Cretensis and found in his grave a thousand years after his death. That was obviously not the case.

Another false writer, now known as pseudo-Dionysius, was a fabricated saint who was converted by St. Paul himself. His writings, which mix Christianity and Platonism, were studied considerably by some medieval monks. Others, like Martin Luther, despised him. The writer, it turns out, was no saint, but a Syrian prankster writing in the early sixth century. 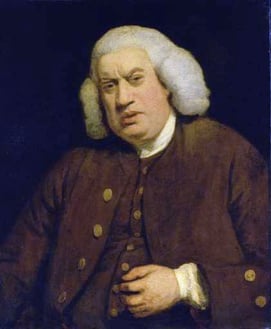 The eighteenth century brought a wealth of literary frauds and hoaxes. James McPherson invented Ossian, a third century Gaelic bard whose work became widely read and translated across Europe. The fictitious Ossian’s poetry even made it into Goethe’s novel The Sorrows of Young Werther. While Samuel Johnson was one of the first people to catch on to Ossian as a hoax, that hasn’t stopped one expert from calling it “the most successful literary falsehood in modern history.”

Later in the century, William Henry Ireland began forging small documents of Shakespeare’s, such as deeds and letters, before moving on to bigger fabrications. Ireland wrote Vortigern and Rowena, claiming it to be a lost play from the same cache that his other remarkable "finds" came from. Vortigern was performed at the Drury Lane Theatre in London in 1796, but it wasn’t long before his fraudulence was discovered. Ireland spent the rest of his life in disgrace, trying to make enough money through whatever writing he could.

In 1844, Edgar Allan Poe wrote an article in the New York Sun claiming that a man named Mason Monck crossed the Atlantic Ocean in a hot air balloon. According to Poe, the trip began in Europe and ended only three days later on Sullivan’s Island, near Charleston, South Carolina. When the fake was revealed, something of a scandal followed. However, Poe was able to gain back good favor when he published “The Raven” the following year. 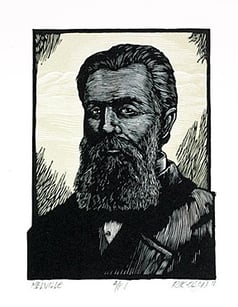 Herman Melville also embellished his experience in Polynesia for his book Typee. The book’s subtitle claims a “four month’s residence” in the Valley of Marquesas, although scholars believe Melville spent only two to three weeks on the island. In addition, the writer claims that a Polynesian named Kory-Kory set a six foot stick on fire by deft hand movement, and writes ample dialogue, despite having known but a handful of words of the natives’ language. Typee was turned down by publishers in America and Britain who sensed fraud, but the book nonetheless became the one which Melville was most famous for in his lifetime.

The reputation of Sir Laurens van der Post was significantly marred by a biography written by J.D.F. Jones, that claimed that the author consistently lied about his achievements in World War II, and was accused of having made up his entire relationship with psychologist Carl Jung. In addition, Van der Post, as a fifty-six year old, seduced and impregnated a fourteen year old aboard a ship, and hardly spoke a word of it. Biographer J.D.F. Jones concluded that his subject was a man from whom not a single word could be believed, while others have criticized his book as being desperately harsh.

In 1999, a book entitled Sarah was published, providing an account of a cross dressing prostitute named JT Leroy, a man from West Virginia. The book garnered praise from the likes of Madonna and Dave Eggers, but was later revealed to be written by a woman named Lauren Albert, who had never even been to West Virginia.

In 2007, Oprah Winfrey found herself promoting yet another fraudulent memoir after the debacle created by James Frey’s scandalous Million Little Pieces. Herman Rosenblat wrote Angel at the Fence, in which he recounts his future wife throwing apples to him over the fence at Buchenwald. Parts of the story like this one were found to be false—although Rosenblat was a genuine Holocaust survivor—and the memoir, marred by controversy, was never published.