William F. Buckley, Jr. is well known for his conservative political views and witty writing style. With over 75 published works, it can be difficult to determine where to start when first discovering his writing. If leaning towards fiction, Buckley’s Blackford Oakes series follows a CIA operative as he fights against Communism in a style reminiscent of James Bond. His travel books tend towards the philosophical hidden in a more upfront topic. One aspect all of his books have in common is the total command of language and wit that immediately identifies Buckley’s work.

Buckley spent two years in the CIA. When he turned his attention to fiction, he used much of the knowledge he acquired from his position within the organization in his books. The Blackford Oakes series was the result of his efforts. It includes 11 novels, the first, Saving the Queen was published in 1976. The second book in the Oakes' series, Stained Glass, won a National Book Award in 1980. 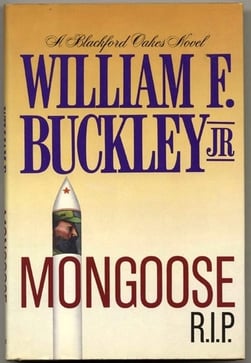 The fourth book in the series, Marco Polo, if You Can, portrays the espionage of the Cold War era CIA. It follows CIA agent Blackford Oakes as he tries to find the Russian mole infiltrating President Eisenhower’s National Security Counsel. When his mission with a U-2 spy plane lands him behind the Iron Curtain, Oakes finds himself in the Lubyanka prison sentenced to death while the Russian spy is caught in America. Oakes and the CIA must find a way to save his life and continue the fight against communism.

In the fifth novel of the series, The Story of Henri Tod, Blackford Oakes finds himself in Berlin just before the erection of Berlin Wall to find out what Khrushechev is planning. Oakes allies himself with Holocaust survivor Henri Tod, leader of an anti-Communist spy network. When Kennedy is unwilling to use the information gathered by Tod, he and his network must work without aid to try and stop the Wall from being constructed. Tod is lured into being captured by the Communists, leaving Oakes to find a way to rescue him.

See You Later Alligator, the sixth book in the series, follows Blackford Oakes as he works as Kennedy’s emissary on a secret mission to negotiate the lifting of the U.S.’s embargo on Cuba. While Oakes works with Che, Nikita Khrushchev convinces Castro of a fictional American plan to invade Cuba, necessitating USSR missiles to be installed in Cuba. Che, on Castro’s orders, keeps Oakes tied up in negations for nine months, making him a prisoner in Havana in all but name. Eventually Oakes discovers the missiles, leading to his being sentenced to death as a spy. He and his companions must find a way to escape Cuba and return to the safety of American soil.

The seventh novel in the series, High Jinx, occurs after the death of Joseph Stalin. Head of the KGB Laurenti Beria schemes to succeed Stalin while the American and British commandos work to overthrow the Albanian government; their effort fails when they are betrayed. Blackford Oakes tracks the traitor all over Europe, from Buckingham Palace to the Kremlin. The leak is revealed to be in league with Beria while he works to take over the Soviet government. Oakes and his allies must work to find the leak and stop Beria before the Cold War turns hot. 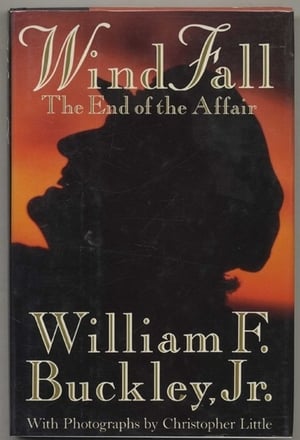 Mongoose R.I.P., the eighth novel in the series, occurs in 1963 as Fidel Castro seeks revenge for the missile crisis and the American’s plan to end the threat posed by Cuba through Operation Mongoose. Oakes is placed in charge of the operation but is shocked when one of his companions defects. He must overcome his shock to complete the direct order given to him by Robert Kennedy to assassinate Castro. When two assassination attempts against Castro fail, he turns to Lee Harvey Oswald. If Oswald fails his mission, Castro will launch a Soviet missile to Dallas. Oakes finds himself in a difficult position as he must decide how to stop Castro.

WindFall: The End of the Affair

Shifting gears from Blackford Oakes, in the last of Buckley’s sailing books, he, his son Christopher, and some friends charter a ship to recreate Columbus’ first voyage. Hidden within the discussions on the sailing trip is an exploration of the author’s worldview. Buckley’s musings on political, personal, social, and spiritual topics allow readers insight into his mind. The journey of the ship aids this by allowing Buckley to travel through his past experiences as he sails.