One hears a lot, in certain circles, about experimental literature. From James Joyce to Tom McCarthy, authors have always seen themselves as engaging in experiments, be they with prose, structure, or content. While the notion of books-as-experiments can be appealing, one almost never hears whether these experiments succeed or fail. An exception, however, comes, in this regard as in so many others, from beloved James Bond creator Ian Fleming. 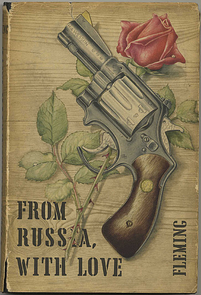 To say that Fleming's 1962 Bond novel The Spy Who Loved Me was panned would be a gross understatement. Its release, anticipated with excitement, caused many to question the very fabric of the James Bond series, casting serious doubt on Fleming’s ability to continue writing. A quick glance at the book’s synopsis reveals why it’s not hard to imagine the negative response. Rather than sticking to the tried and true beats of the Bond franchise (pioneered in such novels as From Russia with Love (1957) and Goldfinger (1959)), The Spy Who Loved Me doesn’t even get to Bond himself until more than halfway through.  Instead, it focuses on the romantic tribulations of first-person narrator Vivienne Michel.

Beginning with her first sexual encounter, the narration details a number of subsequent affairs, all leading to the pivotal moment in which, just as she is about to be abused by two mobsters (the comically named Sluggsy and Horror), a knock comes at the door of her motel, pursuant to which Bond himself finally arrives. Bond’s arrival, in turn, leads to the violent dispatch of the mobsters and a passionate affair between Bond and Michel. At once meandering and hyper-sexual, one reviewer noted, "(Fleming’s) ability to invent a plot has deserted him almost entirely and he has had to substitute for a fast-moving story the sorry misadventures of an upper-class tramp, told in dreary detail.”  The reviewer’s was not an uncommon sentiment. 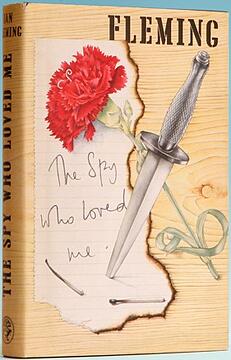 By way of explanation for his failure, Fleming said, "I had become increasingly surprised to find…that young people were making a hero out of James Bond...So it crossed my mind to write a cautionary tale about Bond... the experiment has obviously gone very much awry."

When one thinks of a book as an experiment, one generally prefers not to think of the readers as the ones being experimented on. But here was Fleming, admitting to a new kind of experimentalism. Ultimately, the failed experiment proved so embarrassing to Fleming that he spent considerable effort trying to keep the book out of publication. As (Fleming's) luck would have it, the book had already been banned in a number of countries for its explicit sexual content, and after a bit of arm-twisting he was able to work his rights such that no paperbacks of the novel were reprinted during his lifetime.

Beyond that, where his previous novels like Diamonds Are Forever (1957) and Thunderball (1961) were adapted fairly faithfully into films, Fleming stipulated that all that could be used of The Spy Who Loved Me in film was its name. And while that stipulation was adhered to by and large, even failed experiments can yield inadvertent positive consequences. In this case, that positive consequence took the form of Jaws, one of the Bond canon’s most iconic villains, who was directly based on one of its least: The Spy Who Loved Me’s steel-toothed mobster, Horror.