Everybody knows Agatha Christie wrote an amazing number of books, and lots of movies and TV shows have been based on them. She is considered a genius for her plotting and understanding of the psychology behind her characters. But not as many know that she and her first husband were among the first Brits to surf standing up. And they did this in Hawaii, in the 1920s, while touring the world promoting the British Empire Exhibition.

It is unclear just how much of her immense audience knows about her disappearance in late 1926. Her first husband, Archie, asked her for a divorce, having fallen in love with Nancy Neele, a woman he met while they were on the Empire Exhibition tour. On December 3, 1926, he went to spend the weekend with his mistress and that same evening Agatha left her home. She did leave a letter for her secretary that said she was going to Yorkshire. Her car was later found perched above a chalk quarry with an expired driver's license and some clothes.

Over 1,000 police officers, 15,000 volunteers, and several airplanes scoured the countryside for her. Arthur Conan Doyle visited a medium with one of her gloves to aid in finding the missing author. Agatha's disappearance made the front page of the New York Times and it took 10 days to find her. She was registered at the Swan Hydropathic Hotel in Yorkshire under the name Mrs. Teresa Neele, the surname of her husband's mistress.

Opinion remains divided as to why she disappeared. Her autobiography makes no reference to the episode. Two doctors agreed she was in a fugue state and they diagnosed amnesia. She was known to be depressed from overwork, her mother's death less than a year earlier, and the infidelity of her husband. The public at that time felt the episode was either a publicity stunt or an attempt to frame her husband for murder. In other words, the public was not particularly sympathetic.

Agatha left England in 1928 for Istanbul and then went on to Baghdad on the Orient Express. On this trip she met Max Mallowan, her second husband, an archaeologist some years her junior. Theirs was a happy marriage that lasted until her death in 1976.

The Queen of Crime 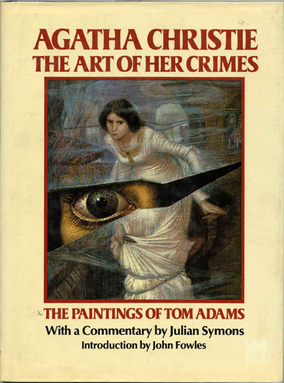 It is widely agreed Agatha Christie was the Queen of Crime. She introduced a large number of classic plot elements and provided the most famous examples of others. She built what is considered the classic mystery structure:

There are those who question if Agatha's novels remain relevant. We argue that they do. After all, human nature at its core does not change. We are wired to have a desire for escapism that the enjoyment of a good story can bring. What holds timeless appeal in Christie's works is the ingenuity of the plot twists coupled with her ruthless depiction of human nature.

Overall, crime fiction represents an extended attempt to explain why people do bad things. Agatha Christie accepted that some people just do bad things and that figuring out why may not be the most important factor to consider. Perhaps it's the restoration of order that satisfies crime readers. You are allowed that restoration of order and an understanding that in a room of suspects all are likely guilty of something. One is guilty of the murder under discussion, but all are most probably capable of murder.

Christie's books are great puzzles, but they are more than that. They show an intense understanding of how people think, feel, and behave. You may not notice the wisdom in the crisp, elegant prose because you're having too much fun working on solving the puzzle.

Christie understood you could only access character through the plot. And while her plots may have appeared simple to some, that's only on the surface. Her style can be called simple but only in that there's nothing extraneous. The plots and sub-plots challenged the most sophisticated reader to figure out who carried out the crime before the book's hero or heroine declares who the guilty party is.

She cleverly paced her material to enhance the drama. Her heavy reliance on dialogue specifically served to vary the pace and heighten the suspense. There's a lot of description early on that drops off as the dialogue and interaction between characters takes over and moves the reader to what's guaranteed to be a captivating conclusion.

There is criticism of Christie's work that declares her characters to be two-dimensional. This is unfair and untrue. The third dimension of the character remains hidden for much of the story while they present themselves superficially as they would like to be perceived. They are initially presented as a type: a glossy surface for public consumption. The true self, the third dimension, is only shown in tiny glimpses.

These glimpses of that third dimension hint at the nature of a person capable of murder, or one incapable of murder. They are essential clues. If a reader can spot them and if they can interpret them correctly, that reader just may solve the mystery.

Christie’s great ability as a writer allowed her to write books that are simultaneously straightforward enough for a child to enjoy reading them and yet complex enough to engage the brightest of adult minds. While being fun to read, they leave us constantly aware of the lure of evil.

Inspector Poirot gives us a great concluding line, from Murder on the Orient Express.

“The impossible could not have happened, therefore, the impossible must be possible in spite of appearances.”