Albert Camus, The Stranger Among Friends

Today we celebrate the troubled life and complex literary contributions of French journalist, playwright, and philosopher Albert Camus (7 November 1913 - 4 January 1960).  He died during a car crash when he was just 46, but managed in his short career to define a major philosophical movement, become a household name, and earn the Nobel Prize. 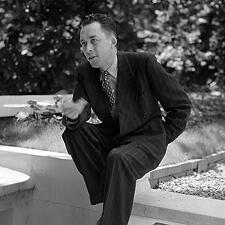 Camus was born in Algeria 100 years ago to a father who died shortly after his birth and a mother who was half-deaf and barely earning a living.  Far from the upbringing enjoyed by many of his Parisian intellectual contemporaries, the unique circumstance of poverty in Arab Algeria influenced Camus' perspective both philosophically and practically.  Camus wrote and debated about the human condition—the struggle for understanding in a world of contradiction, the moral and ethical dilemmas of existence, the relative right and wrong of war—and was never far from these troubles himself.

As a young man, he performed well in school and proved to be a fierce competitor on the soccer pitch.  Camus was accepted on scholarship to lycee, the French form of secondary education, eventually earning a degree in philosophy at the University of Algeria.  He moved to Paris looking for work when he was 30, finding success as a journalist and playwright, and engaging his peers in debates against Marxism despite being a member of the Communist Party.  His career existed in the historical context of the Second World War and French Imperialism in Algeria, both of which highlighted imbalances of power and the very nature of humanity, but his personal strife was equally as influential.

Camus asserted that the only true struggle of humanity was suicide, but he was well acquainted with the depression, hopelessness, and despair that he spent years debating. Contracting tuberculosis at 17, Camus was forced to abandon his passion for sport and was rejected twice from joining the Armed Forces. He married two separate times and enjoyed several lovers but never experienced security, comfort, or faithfulness due to the continued infidelities which led to a suicide attempt by his second wife, Francine. He developed deep and meaningful friendships that ended sadly over differences in philosophy, at a time in history when differences could mean death. 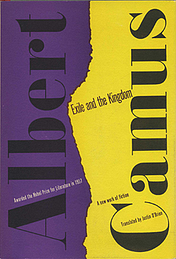 Though he is most often associated with existentialism, Camus disagreed with that identity and stated his life's work was simply in arguing against nihilism.  He did share the existentialist desire to make life tolerable for people searching for answers, working tirelessly to address the pain of the Absurd in life and speaking out against injustice of all kinds, even during times of war. In his most popular works, The Stranger (1941) and The Myth of Sisyphus (1941), Camus offered tortured souls support for the idea that a search for precise meaning in life was a painful and unnecessary road one could avoid by simply accepting that meaning exists, whatever it is.  In his essays and letters, he argued fervently that people should be killed humanely; that capital punishment should be outlawed; and he was the first outspoken critic against the US bombing of Hiroshima in his essay "Humanity's Last Chance."  Until his untimely death, Camus championed individuals trapped by circumstance, braving public backlash as his ideas diverged from those of his Party and his closest friends. 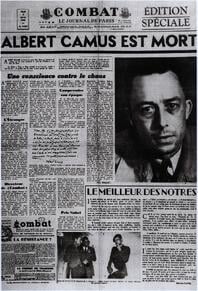 Personally and intellectually insatiable, Albert Camus was a complex Algerian in an even more complex world. He spent most of his working life between bouts of illness from tuberculosis or panic attacks associated with his perfectionism, and always torn between girlfriends, wives, and lovers.  Camus lamented miserably upon receiving the Nobel Prize in 1957 that it was normally conferred on a man at the end of his career, but he had not yet composed his masterpiece. Despite whatever dissatisfaction Camus felt, his careful consideration of ordinary human struggle in the 25 years preceding his death has touched millions of readers who consider his work the anthem of their lives, and his reflections on the conscience of war remain instructive 50 years later.