An Introduction to McSweeney’s Publishing Company

What is McSweeney’s Publishing Company? 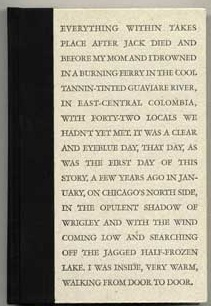 So you may be asking yourself, what is McSweeney’s Publishing Company? Is it a brand, a website, a newsletter, a literary journal, a publishing house? In its own words, “McSweeney’s is a publishing company based in San Francisco. As well as operating a daily humor website, [they] also publish Timothy McSweeney’s Quarterly Concern and an ever-growing selection of books under various imprints.”

McSweeney’s Quarterly Concern showcases new writing, and it is packaged in a trademarked, witty way. As Judith Shulevitz stated in an article about McSweeney’s for the New York Times books section, “McSweeney's is a publication in which everything somehow turns into a meditation on the fact of publication itself. This is not merely a journal of funny and daring, if at times unbearably whimsical, fiction and essays and art. McSweeney's is also a parody of such journals, and a running commentary on the process of editing them; it exploits parts of journals that are usually ignored, such as the copyright page or the spine, which in one issue contained a short story by David Foster Wallace.”

Shulevitz, argues that the content of McSweeney’s Quarterly Concern plays second fiddle to the packaging, and that without Dave Eggers (the creator/editor) himself, the publication would fall flat. However, Shulevitz wrote this in 2001, and since then, the publishing house has continued to thrive over the past 15+ years. We think that content and packaging work hand-in-hand making the Quarterly Concern entertaining and worthwhile. For collectors, acquiring every issue of McSweeney’s Quarterly Concern is a noteworthy feat, though not unattainable.

Beyond Quarterly Concern, McSweeney’s also published a magazine titled The Believer. The first issue of The Believer was published in 2003. In 2005, McSweeney’s came out with a quarterly DVD magazine titled Wholphin. The list of books that McSweeney’s has published since it was founded in 1998 can be found on the book division portion of its website. Notable titles include Maps and Legends, a collection of essays by Michael Chabon, and The Future Dictionary of America which includes over 1,000 definitions by hundreds of well-known authors, such as Stephen King, Jonathan Safran Foer and Kurt Vonnegut, to name a few.

Who is David Eggers?

Dave Eggers founded the independent publishing house in 1998. He is well-known as an author, editor, and philanthropist. His first book, a memoir titled A Heartbreaking Work of Staggering Genius was published by Simon & Schuster in 2000. Egger’s debut was a resounding success. A Heartbreaking Work of Staggering Genius was a finalist for the Pulitzer Prize for non-fiction, and it was named the best book of the year by the Washington Post and the Los Angeles Times, among other major publications.

Eggers has written several other books including What Is the What: The Autobiography of Valentino Achak Deng which was published in 2006 and was a finalist for the National Book Critics Circle Award for Fiction.

In 2002, Eggers teamed up with Nínive Clements Calegari and founded 826 National, a non-profit organization aimed at helping youth in San Francisco with writing and tutoring. Since 2002, six other chapters of 826 National have sprung up in major cities across the country. In 2010, Eggers worked to launch ScholarMatch. This nonprofit works to connect students in need to sponsors and resources. The goal of ScholarMatch is to serve low-income students, helping them gain access to college and the tools needed to be successful.

How did McSweeney’s Get Its Name?

Dave Egger’s mother’s maiden name was McSweeney. He detailed the background of why he named his publishing company McSweeney’s in a blog post on his website. The short version is that he and his mother received mysterious letters from a man named Timothy McSweeney for much of his childhood. Timothy seemed to be seeking long-lost family, and he would often write on the backs of pamphlets and other scrap papers. While his mother dismissed the letters, they intrigued Dave. Years later, he recalled the letters and said, “It made sense on many levels. I was able to honor my Irish side of the family and also allude to this mysterious man and the sense of possibility and even wonder he’d brought to our suburban home.”

Through a strange sequence of events, a few years after beginning McSweeney’s, Eggers learned the story behind the real Timothy McSweeney. You can read the full story here.