Given that he is hardly a household name these days, it is easy to say that 19th Century Scottish historian, writer, and intellectual Andrew Lang deserves more recognition for his contributions to modern scholarship. Were it simply for the fact that the man’s Curriculum Vitae is stunningly long and varied, it might not seem like such a tragedy that Lang hasn’t even a Facebook fan-page to his name. The fact of the matter, however, is that without Lang’s influence, lasting damage might have been done to the field of anthropology. 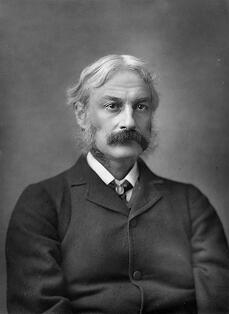 was born in Selkirk, Scotland in 1844. He was educated at Edinburgh Academy, St. Andrews, and Oxford, where he received the training necessary to undertake what would become the lifelong project of collecting fairy tales. In a series of twelve books, collectively known as his ‘Fairy Books,’ he (with considerable help from his wife) collected one of the most copious and wide reaching groups of children's stories and folk tales that had ever been assembled. While these collections, along with The Animal Story Book (1896), were, at the time, thought of largely as companion-pieces to the scholarly work he had been undertaking on early religion, it is possible that his interest in fairies was more than academic.

Indeed, while Lang was one of the earliest scholars employing methods that we would now ascribe to the field of anthropology, he was simultaneously helping to pioneer the field of psychical research. Psychical research is, essentially, the study of the paranormal. The Society for Psychical Research, of which Lang was president and which boasts, among its former member, an almost unbelievable number of prominent writers and intellectuals, from Sigmund Freud and Carl Jung to William Butler Yeats and Arthur Conan Doyle, concerned itself with the ‘scientific and unbiased’ study of telepathy, reincarnation, precognition, and anything else that fell under the category of paranormal. Interestingly, their assertions of scientific objectivity often came under fire from both sides. While Victor J. Stenger and David Marks, to name a few, criticized the Society’s mission for a lack of credibility, Arthur Conan Doyle had quite the opposite objection, resigning his membership over a claim that society was unfairly biased against the possibility of the paranormal. 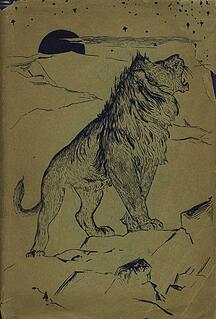 oint of fact, the Society’s primary undertaking eventually became the exposing of hoaxes. In 1855, for instance, member Frederick Merrifield uncovered Daniel Dunglass Home’s use of a false arm as a ‘spirit limb’ during séances. More famously, the Society debunked the supernatural claims of spiritualist and medium Eusapia Palladino, who, unsurprisingly, was not able to levitate or communicate with the dead.

It is hard to dispute the idea that all of this seems like an odd use of a prominent scholar’s time. When it comes to Andrew Lang, however, these activities are strangely fitting. Modern anthropology is built on the principal of taking people at their words. The works of Zora Neale Hurston and Clifford Geertz alike depend on each one’s ability to take a practice like, for instance, in Hurston’s case, Voodoo, seriously enough to understand its place within a culture. While it would, no doubt, be folly to credit Andrew Lang with the success of all proceeding anthropologists, it can’t be denied that his life and work were, in this regard as in many others, foundational.