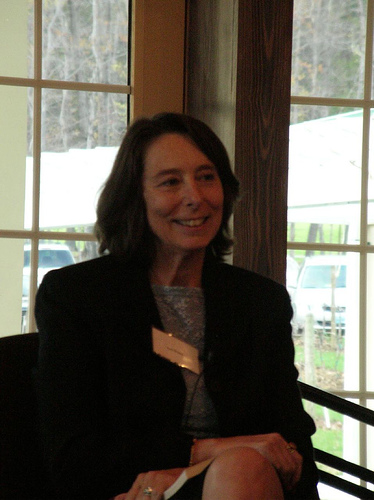 Beattie's Simon & Schuster author page tells a different story, highlighting a few of her many writing honors, reminding readers, "Ann Beattie has been included in four O. Henry Award Collections, in John Updike's The Best American Short Stories of the Century, and in Jennifer Egan's The Best American Short Stories 2014. In 2000, she received the PEN/Malamud Award for achievement in the short story. In 2005, she received the Rea Award for the Short Story." The acclaim Beattie has earned for herself as a writer would make you think she'd set her sights on a writing career at an early age. However, Beattie began writing only as a hobby while she was in graduate school. When, unbeknownst to her, Beattie's friend J. D. O'Hara submitted one of her stories to The New Yorker for publication, she received a personal rejection with encouraging feedback from senior fiction editor, Roger Angell. Feeling motivated by the feedback, Beattie proceeded to be rejected sixteen more times before her work finally appeared in The New Yorker in 1974. She was then twenty-six years old.

Christopher Cox of The Paris Review* says of the writing that launched her to literary notoriety, "In the early stories, her use of affectless dialogue and bare-bones description, soon widely imitated, seemed terribly new, and terribly pressing, for American fiction. She was a master at portraying the sorts of relationships — the results of divorce, sexual liberation, or youthful aimlessness — that were becoming the norm for a generation that had come of age in the sixties and seventies." John Updike once told her, "You figured out how to write an entirely different kind of story." The generation of the sixties and seventies felt they had found a spokesperson, and words like 'Beattiesque' and 'Beattieland' began to pop up in discussions of literature. 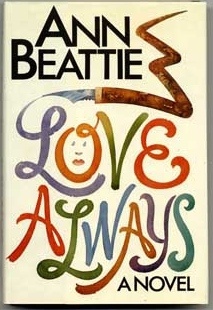 Beattie was born on September 8, 1947 in Washington D.C. Her father worked for the National Institutes of Health. Her mother was a homemaker. She grew up an only child. Her family lived five miles from Dupont Circle across from a Rock Creek Park tributary. She describes Washington D.C. as being "a sleepy southern town" when she was a child.

Beattie earned her undergraduate degree from American University and her Master of Arts from the University of Connecticut. It was at the University of Connecticut that she met David Gates, then a fellow student. The two married in 1972, but divorced eight years later. She married painter Lincoln Perry in 1988. The two are still married, and say they inspire one another's work. She often titles his paintings, and he often titles her writing. Sometimes something he has painted will inspire her to write.

In 2011, Beattie published a collection of short stories in chronological order that had appeared in The New Yorker from 1974 to 1986. The collection is titled, The New Yorker Stories. Her most recent book, a collection of connected stories called The State We're In: Maine Stories, hits shelves in August 2015. Ann Beattie is the Edgar Allan Poe Professor of Literature and Creative Writing at the University of Virginia (Emerita).

*Full text of The Paris Review interview with Beattie can be found here.