While Pulitzer Prize winner Anne Tyler has been writing books since the 60s, she has only recently emerged in the public eye. She long preferred keeping a low profile, granting few interviews and minimal photographs. Her reclusiveness, and the consequent curiousity of her readers, was reminiscent of J.D. Salinger. But a more accurate comparison would be to author John Updike, a companion in subject and in some ways, sensibility. Both are American writers who have rendered with care the lives of their average, but striking, characters.

When beginning a novel, Tyler has a unique routine. She rummages through a box of index cards, scrawled with snippets of conversation, ideas, and miscellaneous bits of information. She turns them over looking for inspirations to write a book, working to string together disparate topics into some degree of unity. This peculiar process continues for exactly a month, at which point her subsconscious tells her its time to start writing.

Many expect her work to be biographical, given the mundane settings and common, though striking, characters. Yet Tyler rarely writes from experience or endows her characters with parts of herself. “Writing is all about getting to do more,” she says, “It would be very boring for me to live my life over again, I just want to live somebody else’s.”

In this way, Anne Tyler’s work has served to obscure the author's real life from her readers. Before she began going to events and giving interviews, Tyler fans had to invent her biography, creating dazzlingly false assumptions. Some speculated that the author refused to wear shoes and began school at age 11. Unsurprisingly, these wild guesses were wrong, and they reflect the maddening opacity she had once cast between herself and her fans. 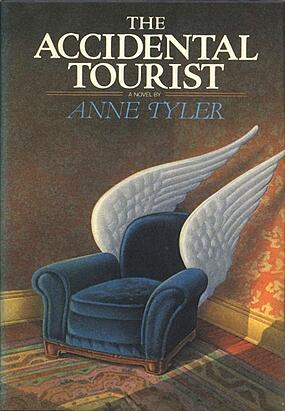 The decision to shed her privacy was whimsical. She ultimately decided, "why not?" It turns out, her life story is not as strange or bare-footed as fans had assumed. Tyler was conventionally rebellious. She studied Russian at Columbia University, which was an outrageous thing to do in 1950s America at the height of the Cold War. The language didn’t stick with her, but the Russian novels did. She reads Anna Karenina regularly, and draws great inspiration from Tolstoy and Dostoevsky.

Tyler is not a fan of her early work. She wishes that her first four books were destroyed, never to be read again. She ignores reviews, finding them distracting, even the ones that praise her. New York Times critic Michiko Kakatuni argued that her book The Accidental Tourist depicts “the two imperatives of American life,” containing characters who live within the tense ambivalence of wanting to escape and become an individual, but wanting to simultaneously return home. She claims, "I'm not thinking at all about what it means to be American."

What does interest her is the difficulty of writing male characters. There is a constant social deterrent, she believes, to men expressing their emotion. This makes expressing the emotional and psychological interior of men especially challenging. Yet some have argued that her male characters appear to be wimps, too timid and vulnerable, but she sees their weakness as an overlooked consequence of masculine expectation. Her readers, it should be noted, do not lean very heavily to either the male or female side. This under-represented masculine portrait is a distinct pleasure to many of her male readers.

Despite her increased public appearances, it's unlikely that Tyler will become much of a celebrity and that's just how she wants it. While she hopes that there will be a reliable base of readers for her work, she doesn't want public attention to distract from her work as a writer. Those who read her fiction today can be confident that it will remain an intimate treasure of contemporary American writing.