In 1983, Arthur Miller directed his masterpiece, Death of a Salesman, for an audience in China. At the time - in the midst of the Cold War - Communist China was viewed by many as an opposite cultural pole to the capitalist America dramatized in Miller’s famous tragedy. As a result, bringing to life the Brooklyn of the 1940s for a Chinese audience in the 80s was a momentous task for the performers. But, Miller was deliberate in shifting the focus from matters of national and cultural identity. On the first day of rehearsal, Miller said, "the first thing I want to discuss with you is the problem of how to act like Americans. The answer is very simple...You must not attempt to act like Americans at all...One of my main motives in coming here is to try to show that there is only one humanity." 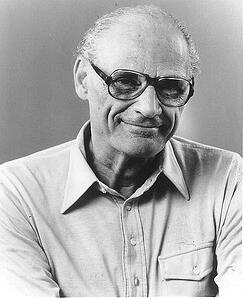 The play was a great success with its new audience, and this historic theatrical adventure is chronicled in Arthur Miller’s book, ‘Salesman’ in Beijing. A good deal of Miller’s reputation rests on Death of a Salesman, a work many consider a particularly American play. It is his plays’ deep humanity that allows them to be, all at once, precisely cultural and profoundly universal. The Chinese actor playing Salesman’s protagonist said of the play’s effect, "[The Chinese viewers] have no hopes of becoming rich or famous themselves, they are ordinary men and women. But this gap in the play - this generation gap - they can identify with, it is absolutely Chinese."

For all his musings on the singularity of humanity, Arthur Miller was ceaselessly interested in putting his society under the microscope. He examined the ethos of reckless capitalism in plays like All My Sons and Death of a Salesman. He criticized his nation’s Communist hysteria through the allegorical veil of The Crucible and meditated on the American Great Depression in his plays The American Clock and A Memory of Two Mondays.

Miller argued that theatre’s responsibility in examining society had roots in antiquity, and he intended to continue that tradition in his work. Modern artists and audiences, he said, are inclined to view a story for a story’s sake, and not as an exploration of society. Aeschylus, Euripides, and Shakespeare, he maintained, all wrote plays that confronted their society, its illusions, and its faiths. Despite the advantages of film and television—their propensity to subtlety, their wide audience—the image will never be as immediate as seeing live people in front of you. Theatre, if any medium, was the most likely to make its audience better aware of its society. 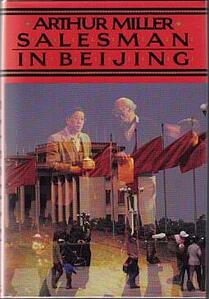 Miller had reason to be interested in American society because it was often overly interested in him. In 1956, he famously testified before the House of Representatives Committee of Un-American Activities, under suspicion of associating with anarchists, communists, and other groups seen by the government as dangerous. Because he refused to release names, he was put in contempt of congress. He was lucky, Miller would later recall, because he was a very public figure. Those who had less publicity were not so fortunate and were bullied out of work and sometimes out of the United States itself.

He became even more famous in the late 50s because of his marriage to Marilyn Monroe. He tried to ignore the trappings of celebrity and to retain his privacy, but he could only do so much. His play, After the Fall had an unsatisfying reception in America. Rather than “a play at all,” in Arthur Miller’s words, the play was judged as a dramatization of his personal life and failed marriage. 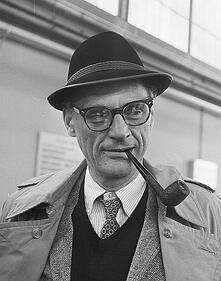 His favorite production of After the Fall was done in Italy under the direction of Franco Zefirelli. Zefirelli understood that it was a play which reflected the world as one man saw it, in his desperate attempt to obtain a viewpoint. His environment constantly changes, and the character is never a solidified person. While the play dealt with perhaps the most iconic of American celebrities and a different culture, the challenging artistic demands of this play were best satisfied by a foreign production, concerned more with the work’s humanity than its American, true-to-life inspirations.

Arthur Miller, like his most famous creation Willy Loman, was a devoted carpenter. As with woodwork, his aesthetic success depended on a delicate sensitivity to the work he molded. Miller was at once intimate and specific, bringing to life characters who are inextricable from their vivid societal milieu. But there is a grander architecture at work, that of the whole and long-lasting invention that will endure the weight and scuffs of time.

This is what makes Miller one of the most accomplished artists of his time. In writing about America, he is writing about China, or Italy, or the USSR, and beyond the cultural and social, he always has his eye on humanity.