On November 22nd, 1963, President John F. Kennedy was assassinated in Dealey Plaza in Houston, Texas. This tragedy is forever seared into the country's consciousness. But what really happened?

In anticipation of the 1964 election, President Kennedy began visiting swing states to woo supporters for his reelection campaign. On November 21, he and Mrs. Kennedy commenced a two day, five city tour of Texas. Texas was an important state for Kennedy, and as such he planned a trip to Dallas, even though US Ambassador Adlai Stevenson had been attacked there by political extremists only a month before. 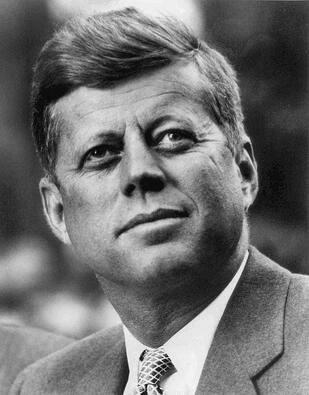 After a rainy morning in Fort Worth, Kennedy and his entourage made the quick trip to Dallas. As he entered his convertible, the rain stopped and the plastic bubble top was left off. The procession left the airport for the ten mile route that went through downtown Dallas on the way to the Trade Mart where the President was scheduled to speak.

All along the route to the Trade Mart, excited people lined the streets and waved to the Kennedys. As the car passed the Texas School Book Depository, at around 12:30 PM, gun fire was heard throughout Dealey Plaza.

Lee Harvey Oswald, a recently hired employee at the Texas School Book Depository, was arrested and charged with the fatal shooting of the President of the United States and a Dallas patrolman. On Sunday morning, during the transfer of Oswald from police headquarters to the county jail, a local nightclub owner named Jack Ruby, shot and killed Oswald. 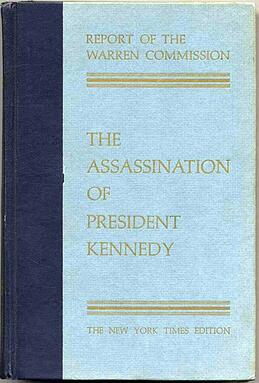 But is that true?

The assassination of President Kennedy is among the most controversial cases in modern American history. Decades of investigations, hearings, documents, records, books and interviews have failed to satisfy most conspiracy theorists with a definitive answer. At one time or another, 42 groups, 82 assassins and 214 people have been accused of involvement in Kennedy's murder.

Here are five of the most common conspiracy theories:

Despite the proliferation of conspiracies around Kennedy's assassination and the dissatisfaction of some with the findings of the Warren Commission, the Warren Commission's report - a 888 page document - remains the most complete and exhaustive investigation into the death of President Kennedy. Yet the report is more than just a wealth of information about the assassination, it has also become an important piece of history. As such, first editions of the report are sought and valued by collectors worldwide.