Autobiography from the Civil Rights Movement

Have you been following news about civil rights activism on social media and in your community? Are you wondering more about how current protests for equality have ties to the Civil Rights Movement of the 1950s and 1960s in America, as well as similar movements in other parts of the world? We want to say up front that we couldn’t possible write about, in a short article, all of the significant biographies and autobiographies that concern leaders of civil rights and freedom movements in the twentieth and twenty-first centuries. With that being said, we have selected a handful of texts that we think are not only important to read, but also offer interesting and distinct modes of autobiography from the Civil Rights Movement. 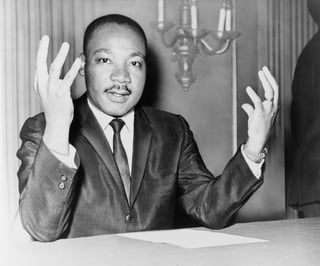 It’s not an autobiography in the traditional sense, but rather a collection of documents from the Institute that are put together in autobiographical form. As Carson explains in the Preface:

“Although King’s published autobiographical writings provide the basic structure of this book, they constitute an incomplete narrative. In order to fill out the narrative and to include King’s accounts of events that are not discussed in his published writings, I have incorporated passages from hundreds of documents and recordings, including many statements that were not intended for publication or even intended as autobiography . . . . I trust that readers will recognize and appreciate the fact that this narrative can never approach the coherence and comprehensiveness that would have been possible if King had been able to write a complete account of his life.”

King was assassinated in 1968 in Memphis, Tennessee.

John Lewis’s Walking with the Wind: A Memoir of the Movement

This autobiography tells John Lewis’s story about his participation in the Civil Rights Movement, including the 1965 voting rights march in Selma, Alabama. The book was published in 1998—nearly 30 years after Lewis rose to prominence alongside Martin Luther King, Jr. and many others on the Edmund Pettus Bridge in Selma. In his acknowledgments, Lewis acknowledges the space in time and says:

“When I decided to write this book, I realized I could not rely on memory alone. During the winter of 1996, I set aside time from a very busy schedule to go back to Selma, Montgomery, Birmingham, and Nashville. This was more than a sentimental journey . . . . My visit to these places, crucibles where so much of the history of the struggle for civil rights was forged, reminded me in a way that mere memory could not of what it was like to have lived through those years. More important, it fortified by conviction that the story of my journey through this great period in our history had to be told.”

The Autobiography of Malcolm X: As Told to Alex Haley 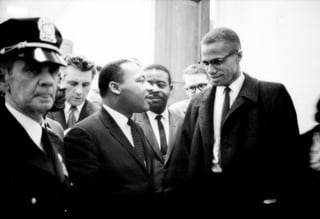 Malcolm X’s autobiography was published in 1965. In the following decade, it sold six million copies across the globe. Acclaimed filmmaker Spike Lee read the text and said of it: “The most important book I’ll ever read. It changed the way I thought; it changed the way I acted. It has given me courage that I didn’t know I had inside me. I’m one of hundreds of thousands whose life was changed for the better.”

Many readers know Malcolm X as another prominent activist and figure in the Civil Rights Movement who was also a leader of the Nation of Islam. How was this autobiography written? We’d like to answer that question with a few lines from an article in The New Yorker:

“On summer nights, in 1963, Malcolm X drove his blue Oldsmobile from Mosque No. 7, the Harlem headquarters of the Nation of Islam, to an apartment building on Grove Street, in Greenwich Village, where a freelance writer named Alex Haley sat waiting for him in an eight-by-ten-foot studio. There, the two would remain until early morning. Haley sat at a desk typing notes while Malcolm—tall, austere, dressed always in a dark suit, a white shirt, and a narrow dark tie—drank cup after cup of coffee, paced the room, and talked.”

Long Walk to Freedom: The Autobiography of Nelson Mandela

Last but certainly not least, we want to make sure you know about Nelson Mandela’s autobiography. Although Mandela’s work as a freedom fighter—for which he was imprisoned for 27 years—occurred in South Africa, like many of the other figures we noted here, Mandela too sought to end racial segregation and to promote equality. He influenced countless others, including Nobel Prize in Literature winner Nadine Gordimer. The system of apartheid in South Africa was not so unlike the Jim Crow laws in the U.S. during the same period.

Mandela’s autobiography, similar to those of King and Lewis, didn’t appear until the 1990s upon his release from Robben Island prison. The first limited edition of this autobiography is extremely collectible. Printed by Little, Brown and Company in London, the initial 1,000 limited edition copies all are signed by Mandela. Expect to spend thousands of dollars if you want to add one to your collection!

As we mentioned above, the four titles we have for you here are intended only as a start to your reading and collecting. There are many more civil rights narratives, from the U.S. and abroad, to add to your bookshelf and to your current reading list. To be sure, autobiographies and biographies can make interesting and insightful additions to any collection.