Love her or hate her, Ayn Rand undoubtedly made her mark on the literary, political, and philosophical landscape of twentieth-century America. Nothing can stir up controversy quite like a discussion of The Fountainhead or Atlas Shrugged. Rand was a woman who held her opinions strongly in the face of dissent. Along with the two novels that earned her a place in history, Rand also wrote plays, published her own magazine, and composed many essays promoting her philosophies. These views have made her an idol for many fiscal conservatives and libertarians, while eliciting ridicule from progressives and religious leaders. 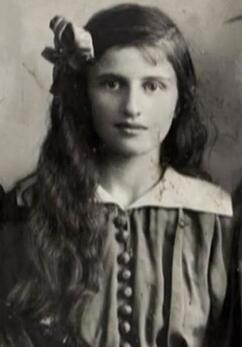 Rand was born in Saint Petersburg, Russia on February 2nd, 1905. Her birth name was Alisa Zinov'yevna Rosenbaum. Her family was Jewish, but they rarely participated in their religious community. Rand's childhood was primarily focused on education. She began writing at age eight, and she was already forming political opinions by the age of twelve, when the Russian Revolution occurred.

This period of political unrest caused Rand's family to flee the country until the revolution had concluded. At this time, Rand was able to return to her home country and begin attending university. She was proud to be one of the first women to attend Petrograd State University, where she was introduced to the teachings of Aristotle and Plato. With these two philosophies in front of her, Rand began to shape her own worldview. She declared herself an atheist and devoted herself to reason, determining it to be the highest virtue.

When Rand was 20 years old, she packed her bags and traveled to the Hollywood, California, where she had lofty ambitions of becoming a screenwriter. As she struggled to make this dream a reality, Rand took on odd jobs to pay her living expenses. Her big break came when she was introduced to director Cecil B. DeMille. He made her an extra in one of his films and eventually hired her as a junior screenwriter.

Screenwriting was Rand's main focus throughout her 30s, and she achieved some mild successes for her work. In 1936, Rand published her first novel, a story that revealed the struggle of living under the Russian government. The book was called We the Living, and Rand later stated that it was the closest her readers would ever get to an autobiography from her.

Gradually, Rand's attention shifted from Russian politics to the American government. She became very involved in campaigning for Wendell Willkie, the Republican presidential candidate in 1940. These experiences inspired her writing, eventually resulting in The Fountainhead, a novel that promoted the conservative values of independence and hard work. In the anti-communist climate of the day, The Fountainhead was hugely successful.

Inspired by this positive feedback, Rand decided to write another work of fiction that explored her philosophies even deeper. Atlas Shrugged introduced her readers to the concept of rational self-interest. Rand argued that an impeccable moral path could best be walked when a person looked out for himself above others – if he was committed to always thinking rationally, rather than allowing emotions to cloud his view. The response to this book wasn't as favorable as The Fountainhead, but it still became an international bestseller, causing Rand to proclaim herself "the most creative thinker alive."

The impact of these novels has never waned in American society, and the views they teach are still hotly debated by political scientists, philosophers, and theologians alike. Few authors can ignite a heated discussion the way Rand can. All of her books remain in print to this day, and thousands of copies are still sold year after year.