Would you currently describe yourself as a book collector? Are you interested in becoming a book collector anytime soon? If you’re intrigued by book collecting and you also like podcasts, we have some recommendations for you. For example, perhaps you want to learn more about tips for book collecting while you’re jogging, riding public transit, or driving in your car? There’s a podcast for that. Or, maybe, you’re interested in learning more about recent rare book acquisitions at special collections libraries. There are also podcasts that can give you access to the information and stories you’re seeking. The following are some of the most recent bookish podcasts for collectors and book enthusiasts. 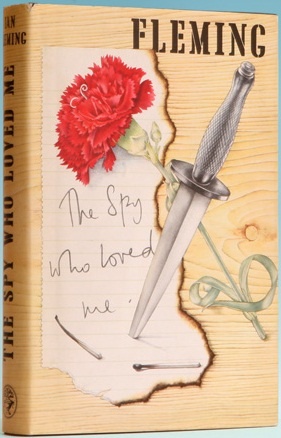 If you’re interested in Ian Fleming and the early James Bond novels or films, you may already know that Fleming created a “unique periodical for bibliophiles” in 1952 known as The Book Collector. For decades, the journal has featured a wide range of articles pertaining to book collecting, modern first editions, typography, national libraries, and numerous other matters of interest to book collectors and enthusiasts. Fleming died in 1964, and so did the journal’s then-editor John Hayward. In that moment, The Book Collector went on a brief hiatus, but it soon started up again in the hands of its new owner and editor, Nicolas Barker. In 2016, Fleming’s nephews, James and Fergus Fleming, assumed leadership of the journal. Now what does any of this have to do with podcasts?

In 2020, The Book Collector created a podcast! The journal describes the podcast as a “new audio series [that] brings our archived articles to life, drawing on sixty-eight years of literary heritage.” Podcasts are published on a weekly basis, and they all draw on past issues of the journal. Prominent authors, actors, and editors participate in the audio series, and it’s free for listeners.

Yale University has a podcast entitled “Book Collecting.” The episodes largely focus on archives held at Yale University, including those at the Beinecke Rare Book & Manuscript Library. The podcast only contains 11 episodes, but each includes interviews with special collections libraries and faculty members who share their expertise about Yale’s collections and the practice of collecting itself.

The podcast “The Biblio File,” hosted by Nigel Beale, focuses on the book as physical object and provides listeners with “an inquiry into the wider world of book culture.” Episodes include conversations with booksellers and collectors, as well as with academics, writers, literary agents, book designers, and book makers. Anyone who currently collects rare books, or is interested in starting a rare book collection, should be excited by the wide range of episodes in the podcast, including interviews with rare and antiquarian booksellers like Simon Beattie in the U.K. or Heather O’Donnell of Honey & Wax Books in New York. 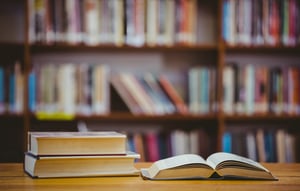 If you’re a rare book collector, you’ve probably browsed or searched on AbeBooks at least once. Since 2018, AbeBooks has had its own podcast called “Behind the Bookshelves.” This podcast series includes interviews with “authors, booksellers, collectors, librarians, museum curators, bookbinders, professors, and organizers of book festivals.” Richard Davies, a long-time employee of AbeBooks, hosts the podcast. As he explained the series and his role in it, “I’m interested in ordinary people doing extraordinary things and how this can related to the world of books.” The podcast episodes really do vary widely, from interviews with rare booksellers and special collections librarians to “literary walking tour” episodes that can guide listeners through the literary aspects of cities like New York or Oxford. This podcast also has episodes that can help you to learn about vintage typewriters, the history of book burning, and issues you might consider if you’re thinking about buying a bookstore.

Do you already listen to or subscribe to Radiolab podcasts? The creators of “Annotated,” a Book Riot podcast, suggest that this could be the podcast for you. The podcast describes its content as “studying different aspects of books, reading, and language.” Episodes reveal fascinating histories of book collections and book obsessions, such as an episode dedicated to the life of German writer and librarian Friedo Lampe, who was shot and killed during World War II. A sampling of other episodes includes a feature on the American court case United States v. One Book Called Ulysses (1933), which grapples with literary language and obscenity law, an episode about how Louis Braille made books accessible to blind readers, and an episode discussing books in prisons.

Through Anchor.fm, “Bookish” is a podcasts that offers a range of book-related episodes, from those designed for readers of Harry Potter to those interested in learning about new places to borrow and buy books. If you consider yourself a book enthusiast, you might find some episodes that really speak to you on Bookish. If you’re more interested in learning tips for rare book collecting or discovering new information about rare book collections, some of the other podcasts we’ve mentioned here may contain more of what you’re seeking out.

If you’re eager for something new to listen to, one of these bookish podcasts should do the trick.