If you want to learn more about South Africa through fiction, where should you start? The country has a rich modern literary history, including two Nobel Prize winners: Nadine Gordimer and J.M. Coetzee. Much of the imaginative literature that has sprung from South Africa reflects, in large part, the discrimination and violence of the country’s apartheid past. From depicting realistic representations of Johannesburg to novels reenvisioning the nation with alternate histories, the best books on South Africa allow us to immerse ourselves in the beauty and politics of the now “rainbow nation.” 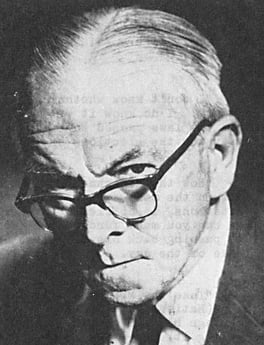 The first book on our list depicts the very moments leading up to apartheid. Published in late 1948, Alan Paton's Cry, The Beloved Country reminds its readers that Johannesburg was a racially divided city rife with discrimination even before the ruling National Party instituted apartheid. Paton’s narrative follows the Reverend Stephen Kumalo, a Black Anglican priest who travels to Johannesburg from a rural village in the Natal Province, as he attempts to navigate the labyrinthine city. Although Kumalo arrives in Johannesburg for other reasons, the tale soon revolves around the priest’s search for his son, Absalom. The book exposes the racist underpinnings of life in the South African metropolis in the early postwar years.

Paton’s novel received much critical acclaim abroad, with extensive readership in both the U.S. and the U.K. Indeed, it was adapted for the screen just a few years after its release. Directed by Zoltán Korda and starring a young Sidney Poitier, the film became a great global success.

What would South Africa look like now if apartheid had been violently dismantled in the early 1980s? This is one of the questions Nadine Gordimer presents in July’s People. When the novel was first published, South Africa almost immediately banned its sale. And while Paton’s book depicted fictionalized representations of life in Johannesburg, Gordimer’s critically acclaimed text allowed readers to reimagine the history of apartheid. The narrative follows Maureen Smales and her family as they flee from the nation’s metropolis in the midst of a civil war. Although such a war never happened, Gordimer envisions a country in which the Black South Africans resist the laws of apartheid and take control of Johannesburg. To save themselves from the violence of the city, the Smales family takes refuge with their former servant, July, in his remote village.

In the period immediately following South Africa’s transition out of apartheid, Zakes Mda published a novel that dealt with many of the issues faced by the country’s Truth and Reconciliation Commission. How can a nation recover from the trauma of apartheid? How do we mourn the violence and loss attributed to racial discrimination and hate? And are healing and forgiveness possible? Mda’s narrative follows “professional mourner,” Toloki, through “a vast and violent city of the new South Africa” as he visits families in townships and offers comfort to those grieving. The novel won the M-Net Book Prize in South Africa, and it has received much international acclaim since it was published in 1995. 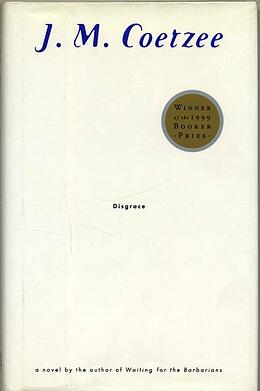 After apartheid ended and the Truth and Reconciliation Commission was fully underway, race-related violence continued in South Africa, with particular concentration in the cities. J.M. Coetzee’s Disgrace depicts a white South African professor in Cape Town after he has been dismissed from his university position. He moves to the Eastern Cape to live with his daughter, where he learns first-hand the legacy of apartheid as his daughter becomes the victim of a violent rape. The text won the Booker Prize, and Coetzee was awarded the Nobel Prize in Literature just a few years later.

There are eleven official languages in South Africa, and we couldn’t begin to suggest that we’ve done justice to all of the fiction that exists on the country. From novels drafted in the colonial Afrikaans language to those written in Zulu or Xhosa, for instance, there are hundreds of works out there to discover. And don’t forget — new works are being written and published regularly on South Africa, from writers in exile to those still living in the townships. While not all South African novels need to be construed as political interventions, each can teach us about the impact of apartheid on the imagination.