The Kupfer Bibel and an Epic Struggle for the Danish Crown

Rare book sellers and collectors often talk about the provenance of a book, that is, it's chain of ownership. Knowing a book's provenance offers practical benefits, such as ensuring that a book isn't stolen and lending credibility to a volume's inscription. But exploring a book's provenance also has another benefit: it can unlock fascinating stories connected with the book itself, enriching our understanding of—and appreciation for—the book as an object with its own special history. One example of a book with fascinating provenance is our edition of the Kupfer-Bibel.

The Kupfer-Bibel is Johann Jakob Scheuchzer's commentary on the Bible. A physician, mathematician, and traveler, Scheuchzer delivers copious commentary—enough to fill five volumes. He accompanies it with 762 plates that range from anatomy and cosmology to paleontology and zoology. Scheuchzer also includes a selected bibliography of recent publications in these fields, making for an interesting exploration of scientific works of the period. The volumes took four years to publish, and unfortunately Scheuchzer passed away before the final volume was completed in 1735. 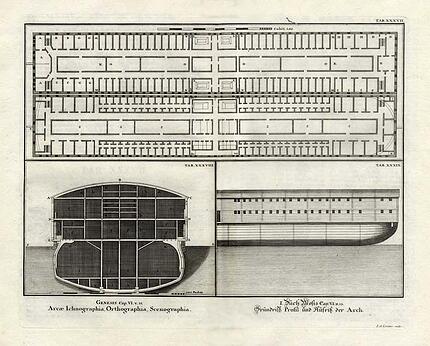 Johann Melchior Füssli made the sketches, and multiple engravers contributed to the project. The Kupfer-Bibel showcases the state of lexicography and of philological methods in the early eighteenth century. This particular edition is an unsophisticated set, in Very Good condition indeed. There's very little foxing, with only minimal chipping on the leather spine. 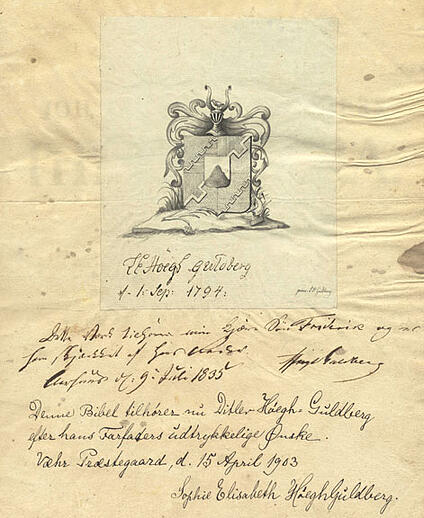 Though the Kupfer-Bibel is fascinating unto itself, this particular set has an incredibly unusual single-family provenance...and that family was that of Ove Høegh-Guldberg, once de facto Prime Minister of Denmark. His book label is dated 1769, and his wife, Lucie Emmerentze Høegh-Guldberg inscribed and signed the book in 1794. Ove Høegh-Guldberg played a key role in a coup d'etat in Denmark, overthrowing Johann Friedrich Struensee with the aid of Queen Dowager Juliana Maria. Høegh-Guldberg himself then lost his power in another coup, executed by Prince Frederick VI.


A Struggle for the Danish Crown 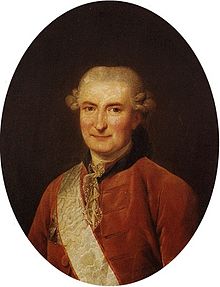 
A few years later, in 1768, Johann Friedrich Struensee was invited to join King Christian's entourage. He was considered a good influence on the king, and in January 1769 was named the king's personal physician. Four months later, Struensee was granted the honorary title of State Councillor, placing him third in the court's ranks, and on May 5, 1769, Struensee was named a royal advisor. Struensee's first move was to reconcile King Christian with his wife, Queen Caroline Matilda. 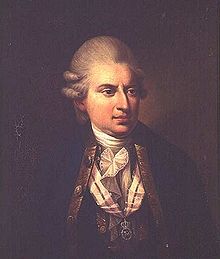 What few outside the king's inner circle knew was that King Christian had gone insane and was truly unfit to rule. Struensee took advantage of this condition. It was his responsibility to present the king with reports from all the departments of state, and he simply dictated whatever he chose. On December 10, 1770, Struensee abolished the council of state, dismissing all cabinet heads and abolishing the Norweigan stanholderships. Struensee had made himself the supreme authority.

Struensee launched a flurry of reforms. He issued 1,069 cabinet decrees between December 18, 1770 and January 16, 1772. That's more than three per day! His revolutionary changes included abolishing torture, unfree labor, noble privileges, and the slave trade in Danish colonies. He also eliminated court etiquette and undeserved revenues for the nobility.

At first these radical moves made Struensee a popular leader among the middle class..but he'd also earned himself many high-powered enemies. When Struensee abolished censorship of the press, the market was verily flooded with anti-Struensee pamphlets. His critics pointed out that Struensee didn't even know Danish or Norweigan; he conducted business in German. And he'd dismissed countless government officials, replacing them with his own cronies who didn't have much experience with governing.

It didn't help that Struensee was carrying on an affair with Queen Caroline Matilda. Their actions brought shame to the Crown, as did the birth of their daughter, Louise Augusta on July 7, 1771. Though the Danish people may have appreciated Struensee's reforms, they still respected their monarchs.

That same year, Queen Juliana enlisted the assistance of Høegh-Guldberg and a small circle of confidants. They conspired to overthrow Struensee and reestablish the power of the monarch. On January 17, 1762, the queen had both Struensee and Caroline Matilda arrested. After the fact, she had King Christian (then mentally incapacitated) sign the order. King Christian's keeper, Brandt, was also arrested.

Though Struensee defended himself quite adeptly, both he and Brandt were later found guilty of usurping the king. On April 28, 1772, the two lost their right hands, then were beheaded. Their bodies were subsequently drawn and quartered. Queen Caroline Matilda was exiled from the country. Queen Juliana Maria's son was named the regent, but he was merely a puppet for his mother. She and Høegh-Guldberg directed government affairs. Their first actions were to restore the nobility and undo some of the other reforms instituted by Struensee.

In 1776, Høegh-Guldberg was appointed first secretary and the following year he was ennobled. Like Struensee, he mostly ruled through cabinet orders. Under the "Guldberg Rule," the kingdom was mostly peaceful and prosperous. A strong nationalist, Høegh-Guldberg promoted Danish artists and poets.

Over time, however, citizens became aware of government corruption. Høegh-Guldberg also remained unsympathetic to the plight of peasants. After the American Revolutionary War, the country's economic prospects looked less rosy, and Høegh-Guldberg's royal employers had fallen out of favor with Crown Prince Frederick VI.

In 1784, Prince Frederick VI came of age. Høegh-Guldberg had just been appointed minister, a post he was forced to resign when the Prince staged his own coup d'etat. Høegh-Guldberg was demoted to prefect, a post he held until 1802. Though Høegh-Guldberg fell from grace, he holds an important place in the history of Denmark. One of his direct descendants is his namesake, Australian biologist Ove Høegh-Guldberg.