Edith Wharton's accomplishments included not only authorship, but also design and philanthropy. Wharton was an active participant in literary circles, befriending personages like Henry James and Jean Cocteau. She would go on to forge relationships with Theodore Roosevelt and other important figures. Yet the most fascinating of Wharton's connections is possibly the one with Sinclair Lewis. 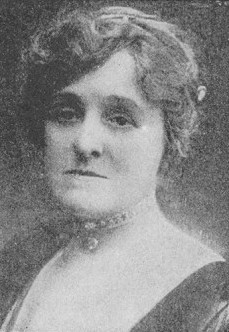 Wharton's writing career began in 1897, with the publication of The Decoration of Houses. Her first literary work, a collection of short stories called A Greater Inclination, came two years later.  The collection wasn't particularly impressive. Wharton sent the book to Henry James, whom she greatly admired, and James provided an extremely unfavorable review in his correspondence with a friend.

Wharton's literary ascendency reached a crescendo when she was nominated for a Pulitzer Prize in June 1921, for The Age of Innocence. Also nominated was Sinclair Lewis, for Main Street. The three fiction judges were literature professor Robert Morss Lovett, novelist Hamlin Garland, and literary critic Stuart Pratt Sherman. They voted to give the Pulitzer to Lewis.

But the advisory board of Columbia University was extremely conservative. Led by President Nicholas Murray Butler, the committee overturned the judges' decision. He awarded the work to Wharton for "best presenting the wholesome atmosphere of American life."

Butler and his board had changed a critical word to fit their conservative agenda. Joseph Pulitzer had originally specified that the award go to the book that best represented the "whole atmosphere of American life" (italics added for emphasis).

While Pulitzer judges Sherman and Lovett protested vociferously in The New Republic, Lewis wrote a very kind congratulatory letter to Wharton. He said that Wharton's works proved that "some sort of standard is emerging from the welter and cant of sentimentality, & if two or three of us are banded together, I believe we can still save Fiction in America." Wharton's reply was equally gracious. She invited Lewis and his wife to come visit her at Pavillon Columbe at St. Brice.

Lewis accepted the offer. A few weeks after the visit, Lewis dedicated Babbitt to Wharton. Wharton responded with astonishment and pleasure: "I am a little dizzy! No one has ever wanted to dedicate a book to me before--& I'm so particularly glad that now it's happened, the suggestion comes from the author of Main Street." The two authors continued to correspond over the years.

A Sense of Indebtedness

No one is exactly sure why Lewis decided to dedicate his (arguably best) novel to Wharton. Some scholars say that it was likely simply another gesture to show that Lewis truly felt no animosity toward Wharton after the Pulitzer fiasco. But Mark Schorer, in his biography of Lewis, suggests a different possibility. He asks whether the dedication was "the recognition of real indebtedness."

Though Schorer himself doesn't delve into this inquiry, his colleague Kenneth S Rothwell does. He notes that Lewis first encountered Wharton's writing while he was still a student at Yale (1903-1908). And Lewis had always been a fan of Wharton's work. But more importantly, Babbitt employs similar elements of plot and theme as The Age of Innocence. Indeed, many of Lewis' most effective devices and techniques closely resemble those of Wharton. If Lewis was aware of this emulation, it would certainly make sense for him to dedicate a book to Wharton.

Lewis may have walked in Wharton's footsteps in many regards, but he would never assume the Pulitzer mantle. Though not for lack of nomination—Lewis was nominated again in 1923 for Babbitt. Again, the judges voted for Lewis, only to have the decision overturned by the board, this time in favor of Willa Cather's One of Ours.

When Lewis finally won the Pulitzer Prize in 1926 for Arrowsmith, he refused the prize outright. The committee was still using "wholesome" instead of Pulitzer's "whole" in their justifications, to which Lewis strongly objected. Only a few years later, the committee reverted to using the original language. But it was already too late for Lewis.

Meanwhile, the correspondence between Wharton and Lewis eventually cooled. Their letters remain a fascinating snapshot at the private lives of both authors, and a breathtaking glimpse into their inner lives.