Celebrating 50 Years of James Bond in the Cinema

It's James Bond Day, marking 50 years of Bond movies in the cinema. Since the debut of Dr. No on this day in 1962, Special Agent 007 has become an icon of popular culture. The latest James Bond movie, Skyfall, premiers on October 26 in the UK and on November 9 in the United States. Though the movies originally stuck close to Ian Fleming's novels and short stories, later films feature original story lines 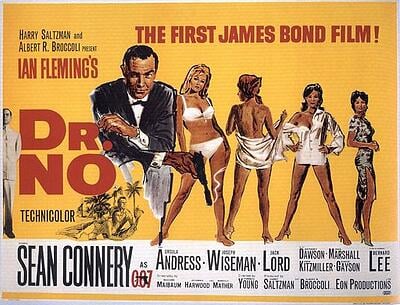 A look at some James Bond movie trivia: