The ABCs of Collecting ARCs and other Pre-First Edition Volumes

If youve built your rare book collection tightly around one author, or if you enjoy seeing the evolution of your favorite titles, you may be interested in collecting pre-first editions. These include advance reading copies (ARCs), galleys, and uncorrected proofs, items that certainly bring new interest and dimension to your rare book collection.  Some collectors even focus strictly on these pre-first editions. A quick look at the lingo of collecting these editions:

Sometimes also called advance review copies, ARCs are produced by publishers for distribution to journalists and booksellers before a book is released to the public. Since ARCs are advance copies, they may diverge from the final version that is released; they may contain typos or have different cover art. 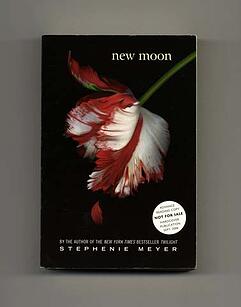 ARC's are often labeled "not for sale" prior to publication.

A dummy edition is similar to an ARC in that it is designed for advance distribution. However, the dummy edition generally contains only a portion of the book, such as a single chapter. Intended to convince booksellers to carry an upcoming release, a dummy edition may also be referred to as salesmans edition or publishers dummy.

Often simply called galleys, galley proofs are the preliminary editions of the book intended for use within the publishing house. The author, editor, and publisher use the galleys to review before final publication. A galley proof is usually issued early in the editing process, and the pages may be uncut or unbound.

A manuscript represents a book in its earliest form; it is the first version of the book submitted for publication. Most modern manuscripts are written electronically or via typewriter, but they may also be handwritten. Its common for only one manuscript to exist, making these items exceptionally rare. Some collectors consider manuscripts to be ephemera rather than pre-first editions.

A paper proof is issued later in the editing process, when all mistakes and changes have presumably been made. The paper proof is therefore the final version before a book officially is printed for release. Unlike galleys, paper proofs generally have all the details, such as pagination, indices, and illustrations. They are sometimes also called uncorrected proofs. 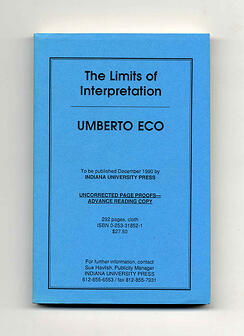 It's common for people to use the terms "page proofs" and\
"uncorrected proofs" interchangeably.

These terms may be used loosely in the book publishing and collecting world. If youre not sure how a seller is using the term, feel free to ask!