The History and Importance of the Pulitzer Prize

The Pulitzer Prize—set to be awarded today—was established over 100 years ago to honor exceptional achievements in journalism. Since its inception, the award has grown to include 21 different categories, ranging from literature to musical composition. The prize is named for Joseph Pulitzer, a newspaper journalist with a fascinating life.

Joseph Pulitzer's life story is an intriguing one. Born in Hungary, he made his way to the United States as a young man. He sought to serve in the Army during the American Civil War. He enlisted for a year in the Lincoln Calvery before making his way to St. Louis where he worked odd jobs and learned as much as he could studying at the Mercantile Library. It was there that a chance encounter put him in front of the editors of the German-language newspaper of the area, the Westliche Post. This led to a job.

Pulitzer often ignored his own personal health and put in long hours at the office. He revolutionized journalism in that he made his papers must-reads for the general pubic. He did so by using illustrations and sensationalized stories to fill his columns. He made it his goal to condemn public and private corruption whether it be at the hands of the government or wealthy business owners. His papers featured exposés and lengthy editorials that held a populist appeal. Pulitzer's papers were widely circulated.

One example of his impact can be seen in the way in which he was able to raise funds by subscription to build a pedestal for the Statue of Liberty which was awaiting shipment from France.

By the late 1880s, The World had the highest circulation of any paper in the country. Pulitzer himself soon became the basis for attacks from competing newspapers who were jealous of his success. In one such case, Charles Anderson Dana, publisher of  The Sun, painted Pulitzer as a man who had abandoned his religion in favor of wealth and fame. The attack on Pulitzer was thorough and sought to ostracize him from the Jewish readership in New York.

Pulitzer's already failing health took a hit as a result of these smear campaigns. He spent most of his later years secluded on a yacht or in specially designed spaces that cushioned him from noise. Still, he remained in complete control of his papers, offering direction and guidance from where ever he was in the world.

Pulitzer believed strongly in the power of investigative journalism. He refused to back down when he was accused of libel for The World's work exposing fraudulent payments by the U.S. government to the French Panama Canal Company. When the charges were eventually thrown out, Pulitzer's victory was a huge victory for freedom of speech and of the press. His thoughts on journalism can be summed up in a paragraph he wrote in The North American Review in favor of founding a journalism school:

"Our Republic and its press will rise or fall together. An able, disinterested, public-spirited press, with trained intelligence to know the right and courage to do it, can preserve that public virtue without which popular government is a sham and a mockery. A cynical, mercenary, demagogic press will produce in time a people as base as itself. The power to mould the future of the Republic will be in the hands of the journalists of future generations."

Upon his death, Pulitzer left money to Columbia University to start a journalism school and launch four awards in the field. The first awards were presented on June 4, 1917, but currently Pulitzer Prize winners are announced in April.

There are six categories for letters and drama: Fiction (before 1947, Novel); Drama; History; Biography/Autobiography; Poetry; and General Non-Fiction. Since the prize was established, various categories have been added, merged, or removed to reflect changes in journalism and technology. For example, the award for telegraphic reporting has been rendered obsolete.

A Look at Past Pulitzer Prize Winners 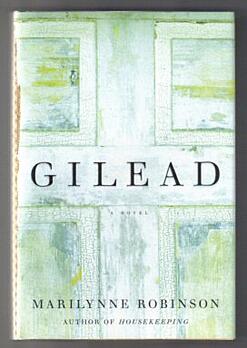 Pulitzer Prize-winning works in Fiction from the past two decades include:

Several times throughout the history of the award, no prize has been given in the fiction category. This occurred in 1977, 1974, 1971, 1964, 1957, and 1954. In 1974, the three-person jury for Fiction actually nominated Thomas Pynchon's Gravity's Rainbow for the award, but in an incredibly controversial decision, the committee overturned the nomination and chose to give no award instead. In 2012, no award was granted in the category of Fiction as well, though three finalists were named: Train Dreams (Denis Johnson); Swamplandia! (Karen Russell) and The Pale King (David Foster Wallace). The decision to grant no award sparked considerable controversy among the literary community. Heated debate ensued over what constitutes "great" literature and writing.

Whatever "great" writing is, it is safe to say that Joseph Pulitzer made a place for it, and we are grateful he foresaw the need to champion and award those who continue to seek truth and excellence through the written word. We're looking forward to seeing who joins the prestigious list of Pulitzer Prize winners this afternoon!