When John Glenn became the first man to orbit around the earth, he reawakened a hope and patriotism in the citizens of the United States. Today would have been Glenn's 98th birthday, fittingly falling only a couple days before the anniversary of the first lunar landing. In his honor, we're remembering what the world was like all those years ago when he rose up and inspired a nation.

The Cold War and the Space Race

In 1962, America remained locked in the Cold War with Communist countries, most importantly Russia. With Russia's successful launch of Sputnik in October, 1957, a new kind of competition began. President John F. Kennedy officially made the space race a national priority in 1961, when he vowed that the US would send a man to the Moon by the end of the decade. Yet the US lagged behind Russia, managing only a few short suborbital flights while Russia sent a dog, and then a man, into space. 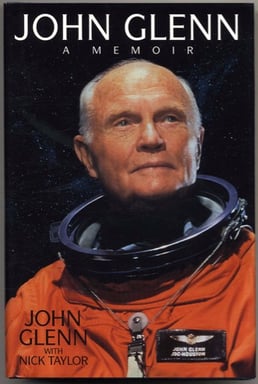 Enter the man whom Tom Wolfe once called "the last true national hero America has ever had." That man was John Glenn, a Marine corps fighter pilot from New Concord, Ohio. Glenn had dropped out of college after the bombing of Pearl Harbor and enlisted in the Army. When he wasn't called to duty, Glenn entered the Navy. During advanced training he was transferred to the Marines, where he would later serve alongside Ted Williams, legendary Hall of Fame baseball player for the Boston Red Sox.

In 1959 Glenn was selected as one of the original seven astronauts for Project Mercury. Three years later, Glenn assured his place in history as the first person to orbit Earth.

When Glenn, the last living member of the original Mercury Seven, passed away in 2016, the nation lost a true legend. Yet, Glenn's legacy lives on in the promise and mystery of space travel that continues to enthrall us all.