Today would be the 306th birthday of Benjamin Franklin, whose contributions stretched far beyond his role as Founding Father. The polymath inventor was a significant figure in the American Enlightenment, paving the way for the evolution of politics, science, and even the countrys infrastructure. 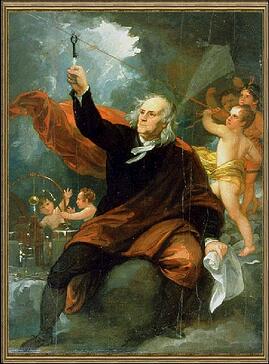 Franklins father, Josiah Franklin, was a soap and candle maker who emigrated to Boston with his first wife, Anne Child, in 1683. The two had seven children together before Anne passed away. Josiah remarried Abiah Folger in 1689; Benjamin was their eighth childand Josiahs fifteenth.

Franklins parents had little money, so Franklin received only a few years of formal education. He continued on his own, reading everything he could get his hands on.  When Franklin was 12, he began an apprenticeship with his older brother James, learning the printing industry.

Five years later he ran away to Philadelphia, effectively making him a fugitive!  Franklin soon established himself as a leader in Philadelphias intellectual community. He was made Grand Master of the local Masonic lodge by 1734, a title that illustrates his esteem in the community. Heres a look at other, lesser known milestones in Franklins life and career:
All the while, Franklin built an extraordinary reputation as a statesman and diplomat. Though Franklin would never serve as President, his revolutionary spirit and academic achievements have earned him a place as a truly beloved figure in American history. Franklins legacy of excellence remains an inspiration every day.