CAMBRIDGE, Mass.  Robert B. Parker, the blunt and beloved crime novelist who helped revive the hard-boiled genre and branded a tough guy of his own through his "Spenser" series, has died. He was 77.

An ambulance was sent to Parker's home in Cambridge on Monday morning for reports of a sudden death, said Alexa Manocchio, spokeswoman for the Cambridge police department. The death was of natural causes and was not considered suspicious, Manocchio said.

A publicist for Parker's publisher, Penguin Group (USA), confirmed the death but had no further details.

Prolific to the end, Parker wrote more than 50 novels, including 37 featuring about Boston private eye Spenser. The character's first name was a mystery and his last name emphatically spelled with an "s" in the middle, not a "c." He was the basis for the 1980s TV series "Spenser: For Hire," starring Robert Urich.

A native of Springfield, Mass., Parker openly worshipped Raymond Chandler and other classic crime writers and helped bring back their cool, clipped style in such early "Spenser" novels as "The Godwulf Manuscript" and "God Save the Child." Within a few years, in "Looking for Rachel Wallace" and "Early Autumn," he was acclaimed as a master in his own right.

"Hard-boiled detective fiction was essentially dead in the early '70s. It was considered almost a museum thing," said Ace Atkins, author of "Devil's Garden," Wicked City" and several other novels. "When Parker brought out Spenser, it reinvigorated the genre. For me and countless others, we owe for him and reinventing Chandler's work and bringing it to the modern age. I wouldn't have a job now without Robert Parker."

Click here for a selection of collectible Robert B. Parker titles. 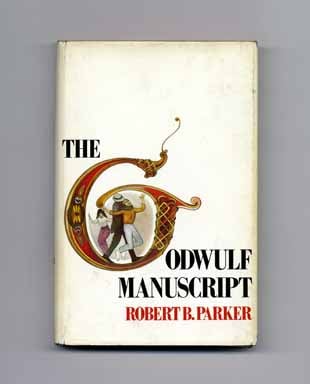 Joachim Koch
Book buyer. Bookseller. Factotum Generalis. Believes in not attempting to be the smartest person in room and enjoys growing success.
comments powered by Disqus