Today we celebrate the birthday of Daniel Handler, who is perhaps better known by his pseudonym, Lemony Snicket. The American author became an international sensation thanks to his 13-book Lemony Snicket's A Series of Unfortunate Events.Handler was born on February 28, 1970 in San Francisco, California. 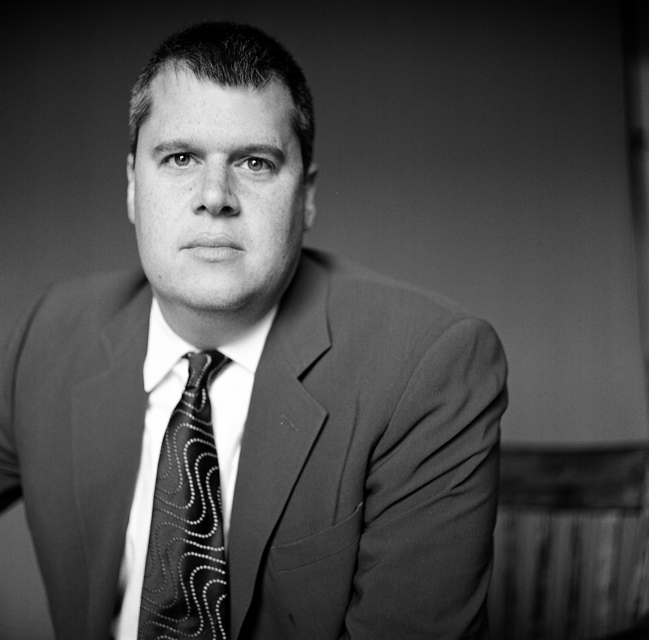 His mother, Sandra Handler Day, was an opera singer and dean at City College of San Francisco. His father, Lou Handler, was an accountant and a Jewish refugee from Germany. Handler graduated from Wesleyan in 1992. He's married to Lisa Brown, whom he met at the university.

Handler expresses ambivalence about his own wealth, noting that it can create unreasonable expectations. When asked about his personal philosophy in an interview, Handler responded, "Never refuse a breath mint." Though he cites CS Lewis as an influence and has a Jewish heritage, the author still describes himself as a secular humanist.

Handler has published four books under his own name, in addition to the works published under his pseudonym. The first, The Basic Eight (1998), was rejected 37 times before finally getting published. The novel's dark, sarcastic tone was likely to blame; Handler pokes fun at high-school English classes, talk-show analysts, and other cultural staples. He also satirizes the novel form itself, such as when he openly draws attention to foreshadowing.

Watch Your Mouth (2000) was actually completed before The Basic Eight was published. It was better received. An operatic novel, Watch Your Mouth even includes stage directions and various acts. Handler followed with Adverbs (2006), a collection of short stories that he says are about love. In 2011, he published Why We Broke Up, which has its own tumblr projectwhere people can submit their own stories of heartache.

Meanwhile Handler had begun writing the Lemony Snicket books under that pseudonym in 1999. He actually began using the name "Lemony Snicket" for himself while researching The Basic Eight. He needed information from organizations he found offensive, and therefore did not want to share his real name. It seemed a natural choice for the narrator of the eponymous books, where eccentric and mysterious Lemony Snicket acts as the biographer of the Baudelaire' children's hapless adventures.

The Lemony Snicket series ran from 1999 to 2006. The series itself includes 13 titles, and Handler has written several ancillary pieces to accompany the series. For example he wrote Lemony Snicket: The Unauthorized Biography under the pseudonym--but penned the introduction as Daniel Handler. Part of the success of the series comes from Handler's uncanny ability to jump between these two personas. He sometimes appears as Snicket in public, but just as often shows up as Snicket's "handler."

The Lemony Snicket books have become quite collectible among readers of all ages. Turned into a major motion picture starring Meryl Streep and Jim Carrey, the book has reached an incredibly wide audience; indeed, they have been international bestsellers. Collectors of Snicket books often focus not only on first editions, but also on Snicket ephemera and limited editions. For instance, the limited edition of The Bad Beginning, illustrated by Brett Helquist, was limited to only 1,000 copies--making it a wonderfully rare addition to a Lemony Snicket collection.

How did you first encounter Daniel Handler? Have his Lemony Snicket books enticed you to move on to the works he wrote under his own name?