A Brief Modern History of Colombia 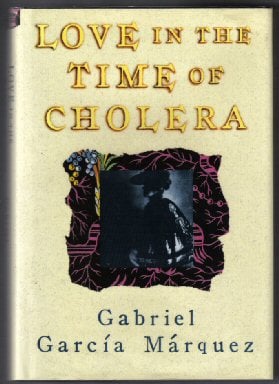 In order to understand García Márquez's themes and perspective, it's important to know a bit of Colombian history. The country was colonized in the sixteenth century, and it took over one hundred years for Colombia to gain independence. In 1820, Simón Bolívar liberated the country, and by 1849 the government had more or less organized itself into a two-party system.

The Liberals and Conservatives began as two parties with distinct ideologies. But over time, both sides became equally corrupt. The country also divided itself into two regional groups. The costeños inhabited the coastal Caribbean. They tended to be Liberals and "descendants of pirates and smugglers with a mixture of black slaves." The cachacos lived in the highlands and were more racially pure. They were also Conservatives. García Márquez always identified himself as both costeño and mestizo.

The rest of the nineteenth century was defined by civil warfare. Coups d'etat were common, and the differences between political parties' platforms grew increasingly difficult to discern. The two sides were more like rival clans than opposing political parties. 1899 saw the start of the War of a Thousand Days, which left over 100,000 dead. The war would rage until 1902 and ended with the defeat of the Liberals.

Then in 1928 came the banana strike massacre. Bananas were one of Colombia's primary exports, and American-owned United Fruit Company (UFC) had a monopoly on the industry in Colombia. For many families, UFC was the only source of income. But the company blatantly exploited their workers, paying them in inflated company scrip and failing to provide basic sanitary needs like functional toilets. In October 1928 about 3,000 workers went on strike, demanding hygienic working conditions, medical treatment, and cash payments. But UFC had classified its employees—who worked seven days a week—as "subcontractors," and was therefore not required to follow Colombian labor laws or safety regulations.

The Colombian government stepped in, occupying the banana zone and breaking the strike. But then workers in Ciénaga banded together to demonstrate. The Conservatives sent in troops, who fired on the unarmed crowd and killed hundreds of people. After that, people who'd been involved in the demonstration began to vanish, and the government denied that the massacre ever occurred. García Márquez would adapt the event and incorporate it into One Hundred Years of Solitude, a work which greatly contributed to his winning the Nobel Prize in 1982.

From the banana massacre grew a period called La Violencia, which García Márquez lived through. Young Liberal Congress member Jorge Elíecer Gaitán was one of the few brave enough to stand against the corrupt government's actions during the banana strike. Detested by his fellow politicians, Gaitán used the radio to champion the peasants and herald a new era of democracy for Colombia. By 1946 he was strong enough to divide his own party, in power since 1930.

The Conservatives seized on this weakness and regained power. They immediately began organizing paramilitary groups to prevent a Liberal backlash. These groups' primary function was to terrorize Liberal voters. By the end of the year, they'd killed thousands of people. Yet voters turned out in record numbers, and the Liberals again had control of Congress. They named Gaitán their leader. On April 9, 1948, Gaitán was assassinated. Deadly riots broke out, leaving 2,500 dead in only three days.

Both Liberals and Conservatives mounted guerrilla armies. They burned homes, confiscated farms, and murdered thousands—including women and children. During La Violencia over one million peasants immigrated to neighboring Venezuela. By 1953, about 153,000 people had been killed. The period became the backdrop for many of García Márquez's works and is particularly prominent in The Evil Hour.

García Márquez became intimately familiar with Colombia's recent history thanks to his maternal grandfather. Colonel Nicolás Ricardo Márquez Mejía was a veteran of the War of a Thousand Days and a founder of his grandson's hometown of Aracataca. He'd refused to stay silent about the banana strike massacre, denouncing Congress for the government's behavior in 1929.

The Colonel had led quite an interesting life. He'd killed a man in a duel and had reportedly fathered 16 children. He taught young Gabriel lessons from the dictionary and took him to see ice for the first time—an encounter that would inspire an episode in One Hundred Years of Solitude. Meanwhile, his wife, Tranquilina Iguarán Cotes, filled her grandson's head with superstitions and ghost stories. Her storytelling style would influence García Márquez's own narrative style as he got older. He once observed, "I feel that all my writing has been about the experiences of the time I spent with my grandparents."

Young Gabriel spent his formative years with his grandparents. His mother, Luisa Santiago Márquez, fell desperately in love with his father, Gabriel Eligo García against the wishes of the Colonel and Tranquilina. Eligo García was a hojarasca ("dead leaf"), a newcomer attracted to the town by the banana industry. He had four illegitimate children already. The Colonel and his wife tried everything they could think of to dissuade the young couple, but to no avail. They married and settled in nearby Riohacha. García Márquez adapted their courtship in Love in the Time of Cholera.

The Colonel died when young Gabriel was eight years old. His grandmother was going blind, so García Márquez went to live with his parents in Sucre, where his father was a pharmacist. He began formal education shortly thereafter in Barranquilla. García Márquez spent his time writing humorous poems and drawing cartoons. A shy boy, he earned the nickname "Old Man." He went on to Liceo Nacional, where he nurtured a reputation as a writer.

García Márquez met his future wife after finishing secondary school. It was 1946, and he was on break before starting at the Universidad Nacional as a law student. Mercedes Barcha Pardo was only 13. Dark and silent, she was of Egyptian descent. García Márquez considered her one of the most interesting people he'd ever met. He soon proposed, but Mercedes wanted to finish school first. The two waited 14 years to get married. Elements of this lengthy courtship appear in García Márquez's works.