How to Identify First Editions from Alfred A. Knopf

If you collect rare books, identifying first editions is an important skill. Each publisher has developed its own own conventions for denoting first editions/first printings. Alfred A Knopf, Inc is an excellent example of a publishing house whose style of indicating first editions has stayed relatively consistent over the years, which isn't always the case. 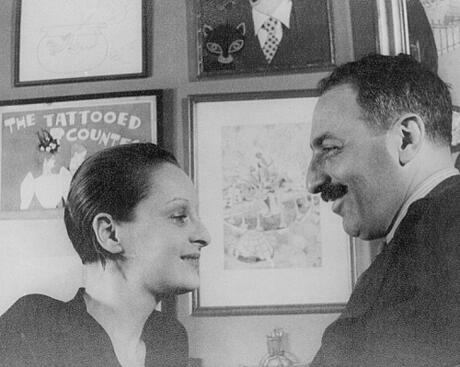 Alfred and Blanche Knopf founded Alfred A Knopf in 1915 and incorporated three years later. Alfred served as president, while Blanche was vice president. The couple traveled extensively, soon earning a reputation for publishing not only excellent American writers, but also authors from Europe, Asia, and Latin America. To date, their roster of authors includes at least 47 Pulitzer Prize winners and 17 Nobel laureates.

In 1923, Knopf began publishing periodicals. The first, The American Mercury, published some of the most influential writers of the 1920s and 1930s. Knopf published the magazine until 1934. Meanwhile Borzoi Quarterly came into existence as a means for promoting new books. The borzoi has always been the icon of the publishing house. Random House acquired Knopf in 1960, and it is now part of the Knopf Doubleday Publishing Group at Random House.

How to Spot the First Printing of an Alfred A. Knopf First Edition

Publishers generally issue statements about how they indicate first editions. Alfred A Knopf is no exception; the house has issued a total of nine statements since 1928.

1933/1934-1947: During this time Knopf transitioned to include more information on the copyright page of first editions. The changes were outlined in their 1936 statement. They began including the words "First Edition" or "First American Edition" on the copyright page where applicable. The latter was used only when the book had already been published abroad (regardless of the language used for publication).

Subsequent statements have reiterated that Knopf has not changed its identification methods for first editions. The 2000 statement added that Knopf was now a division of Random House, Inc, rather than its own corporation.

The English house, which was discontinued in 1930, followed a different convention. They would place the month and year of first publication on the verso of the title page. Further impressions include the impression number and further editions by the edition number.

Now that you know how to identify their first editions, find more than thousand Alfred Knopf publications, including first editions of Nobel Laureates like Gabriel García Márquez or Toni Morrison, vampire novels of Anne Rice, presidential bibliographies by US presidents, cook books by Julia Child.