The above quote comes from a line of Anglo-Saxon poetry. J.R.R. Tolkien, a linguist and scholar of Anglo-Saxon culture, encountered the line in his research and became fascinated with the word "earendel." Though his Anglo-Saxon dictionary translated the word as "shining light," Tolkien believed that the word sounded like it came from a language "far beyond ancient English." 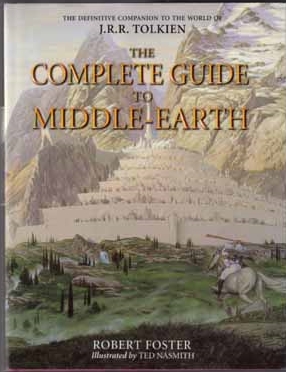 That single Anglo-Saxon word was the probable impetus for Tolkien's creation of a fictional history, one that would compensate for the lack of Anglo-Saxon mythology and folklore. Hence he invented Arda, an imaginary world where the majority of his tales take place. The center-most continent of Arda is where the Rings Trilogy takes place.

Tolkien called the continent "Middle-earth," a name that he derived from the Old English "middangeard" which was translated into Middle English as "midden-erd" or "middel-erd." These terms represented the English translation of the Greek "oikoumene," or "abiding place of men," that is, the physical world rather than the unseen ones.

Ancient peoples referred to the world as the middle-earth because they believed that it was located in between the land of the Giants (below) and the land of the gods (above). Tolkien adapted that cosmology to make Middle-earth a place physically in the middle of two seas. He told Henry Resnick quite directly that his Middle-earth is Europe.

Thanks to his philological tendencies, Tolkien undertook to outline languages for the different peoples in his tales. The language of Avarin only had six words, while Entish was impossible to translate thanks to its complex tones and duration. But Tolkien thoroughly developed both Quenya and Sindarin. He started working on Quenya as a hobby in about 1915 and continued working on it until his death. This language of the Elves was close to the original language spoken by the Elves. Sindarin, on the other hand, had diverged from Quenya and differed drastically.

The languages Westron and Rohirric were two languages spoken by the Men of Middle-earth. Tolkien represented them with other languages. Westron was translated into Modern English, while Rohirric was represented with Old English. Tolkien chose these not because the two languages were related to one another, but because he wanted to indicate the archaic flavor of Rohirric.

The Time of Middle-Earth 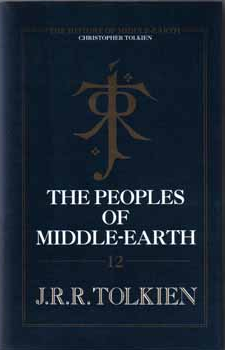 Tolkien offers plenty of evidence that we can use to determine time frames for his tales. Based on these details and Tolkien's commentary, the stories span approximately 21,000 years from Tolkien's first myth to the end of the Rings Trilogy. These are divided into Ages. The fourth and last, the Age of Man, occurs after the stories have concluded and marks the time when elves, dwarves, and other creatures dwindle away. Tolkien says that about 6,000 years have passed from the start of the Age of Man to modern days.

The intricacy and magnitude of Tolkien's Middle-earth have set Tolkien apart as one of the greatest storytellers of the twentieth century. They've remained favorites among rare book collectors, who appreciate Tolkien's timelessness and creativity. Tolkien collectors rely on works like Robert Foster's Complete Guide to Middle-Earth, along with the Hammond bibliography to explain the works of Tolkien and guide their collections.

Other important works from Tolkien that shed light on the world he created include the volumes in his "History of Middle Earth" writings. You can browse many of them here.

What was the first Tolkien work in your personal library?