F Scott Fitzgerald through the Eyes of Fellow Authors

Today "The Great Gatsby" premiers in the United States. Starring Leonardo DiCaprio as Jay Gatsby and Carey Mulligan as Daisy Buchanan, the movie has been long awaited in circles of moviegoers and readers alike. The film brings a classic novel to a new audience, giving us a fresh perspective on the book that's often considered Fitzgerald's magnum opus. Fitzgerald, a member of "the Lost Generation" and a contemporary of legendary authors, thinkers, and artists like Ernest Hemingway, Gertrude Stein, and Pablo Picasso, held a peculiar place among his peers. He continues to captivate us--sometimes in surprising ways.

A Tumultuous Relationship with Ernest Hemingway 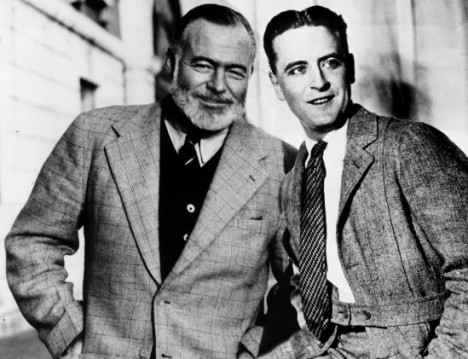 Born only three years apart, Hemingway and Fitzgerald traveled in the same literary circles. They met in 1925, just after Fitzgerald had published Great Gatsby. Hemingway, still unknown, admired Fitzgerald's success. The two were initially good friends--until Fitzgerald's carousing got out of hand. The two fell out, eventually developing a rivalry so bitter and public that Scott Donaldson actually documented it in a book.

His Collegial Friendship with Gertrude Stein 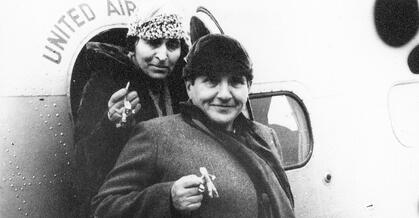 Throughout the early 1900's, Stein played host to literary salons that included a host of legendary thinkers. She's credited with coining the term "Lost Generation" to refer to artists of the era. In 1937, Stein moved into a fashionable neighborhood in Paris, where she served as both hostess and inspiration to a brilliant community of ex-patriots. Fitzgerald was among them. Stein once wrote to Fitzgerald to compliment his work, comparing him to William Makepeace Thackeray. She later wrote that "Gertrude Stein and Fitzgerald are very peculiar in their relationship to each other. She thinks Fitzgerald will be read when many of his well-known contemporaries are forgotten. Fitzgerald says that he thinks that Gertrude Stein says these things just to annoy him by making him think she means them."

Edmund Wilson met and befriended Fitzgerald while they were both in the United States. They kept in touch throughout World War I, while Wilson was stationed in France. In December 1917, Wilson wrote to Fitzgerald, "Our life here, with its round of marvelous French dinners at little cafés and of walks and bicycle rides to ancient villages that are all around us, would be perfectly idyllic, if it were not for the fact that the unseen, unrelated reality of the war...makes it more ghastly than you can believe." Wilson revered Fitzgerald as an author, writing in The Literary Spotlight that "[Fitzgerald] has an instinct for graceful and vivid prose that some of his more pretentious fellows might envy."

The first woman to win a Pulitzer Prize for poetry, Millay was also Wilson's lover for a time. She did not share Wilson's admiration for Fitzgerald, however. Wilson noted Millay's first impression: "To meet F Scott Fitzgerald is to think of a stupid old woman with whom someone has left a diamond; she is extremely proud of the diamond and shows it to everyone who comes by, and everyone is surprised that such an ignorant old woman should possess so valuable a jewel; for in nothing does she appear so inept as in the remarks about the diamond."

Admiration for Patricia Highsmith from Beyond the Grave 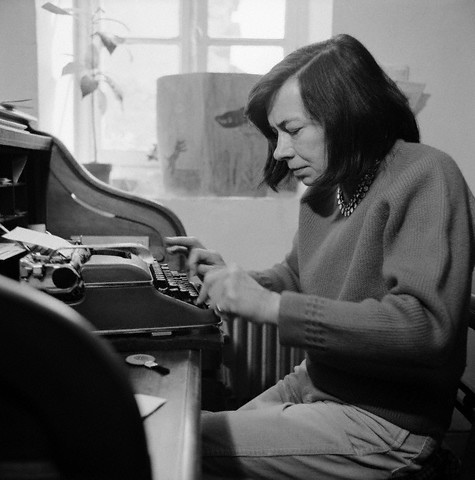 In 2010, online literary magazine The Fiction Circus hosted a seance for Fitzgerald at New York City's KGB Bar. A writer and artist known as Xerxes Vedammt offered his body to be inhabited by Fitzgerald. Once the departed writer made his, um, appearance, participants called out questions. One person asked what books Fitzgerald had read. The response: "I don't have a lot of time to read. But I enjoyed Patricia Highsmith's The Talented Mr. Ripley. I wish I had written The Talented Mr. Ripley."