This week Rudyard Kipling--or rather his letter--made the news. It seems that Kipling may have borrowed rather generously from other sources when he wrote parts of his classic The Jungle Book. He makes the confession in a letter to an unknown correspondent, who had apparently inquired about "The Law of the Jungle."

Kipling states in the 1895 letter, "It is extremely possible that I have helped myself promiscuously but at present I cannot remember from whose stories I have stolen." Regarding the laws of the jungle, Kipling says "I am afraid that all that code in its outline has been manufactured to 'meet the necessities of the case': though a little of it is taken from (Southern) Esquimaux rules for the division of spoils." 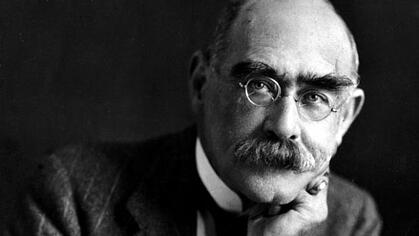 The confessional epistle has caused quite a stir in the literary world, but not for the reasons you'd think. While an admission of plagiarism might be shocking, collectors are more interested in correspondence that addresses Kipling's most famous work. Few of his letters even mention The Jungle Book. Kipling is one of many authors who have, er, borrowed from other writers and artists.

The Bard may have coined plenty of new words, but he wasn't always so original. To the contrary, Shakespeare was an enthusiastic and prolific plagiarist. His famous description of Cleopatra on her barge in Antony and Cleopatra is lifted almost verbatim from a translation of Plutarch's Life of Marc Antony. Shakespeare also shamelessly lifted from the relatively unknown The History of Romeus and Juliet by Arthur Brooke. He may also have appropriated text from other sources that haven't survived.

Renowned paleontologist and polymath Johann Jakob Scheuchzer was the mastermind behind the Physica Sacra, otherwise known as the Kupfer-Bibel. This massive work was Scheuchzer's attempt to document the depth and breadth of human knowledge at the time. That apparently included other's work; Scheuchzer borrowed generously from other artists for the Physica Sacra's over 700 illustrations. The most famous one, "Homo ex humo," borrows its memorable weeping fetal skeleton from the anatomical arrangements of Dutch physician Frederick Ruysch. 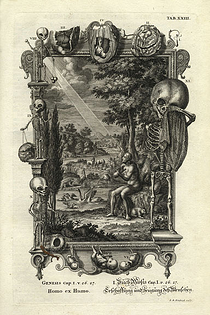 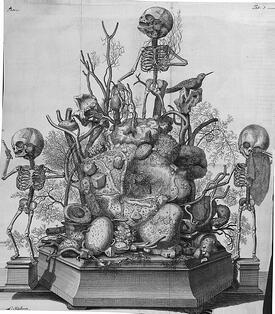 Robert Louis Stevenson made no secret of the multiple elements he borrowed from other authors in Treasure Island. Sources included Daniel Defoe's Robinson Crusoe, Edgar Allan Poe's "The Gold Bug," Captain Marryat's Masterman Ready, and Washington Irving's Wolfert Webber. Stevenson said that he'd originally intended Treasure Island only for his family, and he was completely unapologetic about having taken inspiration and ideas from other authors so overtly.

"Father of fiction" HG Wells became more and more interested in history as time passed. He published Outline of History in 24 installments, starting in 1919. It was published as a single volume the following year, and Wells revised it multiple times before he died. In 1927, Canadian writer Florence Deeks sued Wells, alleging that Outline of History contained passages found in her book The Web of the World's Romance. Though Deeks' book was never published, it was in the care of Wells' publisher for over a year. She lost the lawsuit because her book had never actually been published.

TS Eliot is often credited with saying, "Immature poets create; mature poets steal." His legendary poem The Waste Land is heralded as the premier Modern poem. Yet it's cobbled together from a wide variety of sources: other poetry, bar songs, ragtime music, the list is seemingly endless. Rather than being indicted as a plagiarist, however, Eliot earned worldwide acclaim for The Waste Land. Critics argue that Eliot used others' work to create something even better, a classic case of a work where the whole is quite literally greater than the sum of its parts.

Pulitzer Prize winner Alex Haley said that his novel Roots, which recounts the tale of several generations of an African-American family, was based on the history of his own ancestor. First critics raised doubts that Haley's ancestor had ever existed. Then author Harold Courlander sued Haley for copyright infringement because several sections of Roots were clearly lifted directly from Courlander's The African.

Historian and author Stephen Ambrose is most famous for Band of Brothers. In 2002, it was discovered that Ambrose had used sections of Thomas Childers' Wings of Morning in his book The Wild Blue. Ambrose took sections from multiple authors' works and put them into his own, including Crazy Horse and Custer.

Why All This Borrowing?

In some cases, as with Eliot, authors use other writers works to build something new and original. In other instances it's clear that the author fully intended to plagiarize. But what about Kipling? He clearly acknowledged that he'd been influenced by outside sources, but couldn't remember which ones. To an extent, every author runs this risk; everything we read, write, and otherwise process can enter our brains and make its mark.

Enter a phenomenon known as cryptomnesia. This totally normal condition occurs when a forgotten memory returns, and we don't recognize it as a memory. Instead, we believe it's a new and original. Cryptomnesia is a memory bias that can cause a person to falsely recall generating a thought, joke, or idea. This is probably what happened to Kipling, until our unknown correspondent made his inquiry and jogged Kipling's memory.

Does Kipling's admission take away from the magic and genius of The Jungle Book? Or should we simply accept that all writers are indebted to their predecessors, whether they realize it or not?