How to Identify First Editions from G.P. Putnam's Sons

Since its inception in 1838, G.P. Putnam's Sons grown into one of the most respected--and controversial--publishing houses in the United States. In 1996, the publishing house became an imprint of the Penguin Group and continues to publish the works of outstanding authors of both fiction and non-fiction. 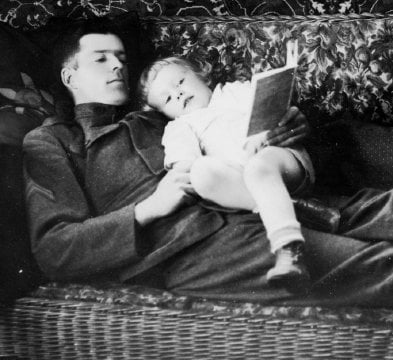 George Palmer Putnam and John Wiley entered a partnership in 1838, setting up office in New York City. Three years later, Putnam went to London to set up a branch there, making Putnam the first American publishing company with an office there. When Putnam returned to New York in 1848, he dissolved the partnership with Wiley, who went on to start John Wiley & Sons, which still exists as an independent publisher today. He started G.P. Putnam and Company.

In 1853 Putnam's Monthly Magazine of American Literature, Science and Art was launched with Charles Frederick Briggs as editor. The magazine later merged with Emerson's United States Magazine and again with The Atlantic Monthly. Throughout the latter half of the nineteenth century, the publishing house stayed abreast of trends in America's interests and reading habits.

Founder George P. Putnam passed away in 1872, leaving his heirs to run the firm. They renamed it George P. Putnam's Sons. George H Putnam took on the role of president, which he held for the next 52 years. Meanwhile, the second half of the nineteenth century held some interesting milestones for the firm. In 1880, the company accepted a 200,000-word manuscript scrawled in pencil on yellow paper. It was written by 19-year-old Anna Katherine Green. Published as The Leavenworth Case, the book helped establish the genre of the detective novel.

In 1884, Theodore Roosevelt convinced the firm that he was ardently interested in a publishing career and became a special partner. He barraged the firm with mostly absurd proposals. But George P. Putnam's Sons would go on to publish Roosevelt's The Naval War of 1812 and The Winning of the West.

Since 1928, G.P. Putnam's Sons has published several statements regarding the identifications of its first editions in the US and the UK.

1928-1959: The title page does not normally include any entry to indicate first editions. However, in subsequent printings the words “First printed” followed by the relevant dates appear under the copyright notice. Similarly, the other printings and their dates are included. The absence of this note indicates that a book is a first edition. The publishers avoid using the term "second edition" unless there is material difference from the first edition. For major publications that are reprinted annually, the date is omitted from the title page.

1960-1988: All editions other than the first include the words "second (or "third, "fourth,” etc.) impression" on the copyright page. The first edition is not noted.

1989-1992: A sequence of numbers from 1 to 10 appears from left to right on the copyright page (1 2 3 4 5 6 7 8 9 10). The last number on the left indicates the printing. Thus if all numbers are present, the book is a first edition. If a Putnam edition has previously been published overseas, it will be identified on the copyright page as the “First American Edition.”

It's important to note that Philomel Books and G.P. Putnam's Sons carry a code in numbers along with the words "First Impression" for all first editions. In later printings these words are deleted, and the lowest number listed indicated the printing.