The Legacy of Mark Twain: A Titan of American Culture

Lately there's been much discussion over the Great American Novel. Any discussion on this subject cannot avoid mentioning that seminal masterpiece, Mark Twain's Adventures of Huckleberry Finn. On the surface it follows a teenager as he sails south along the Mississippi, but Twain was sure to pack in some of his century's most skillful satire. 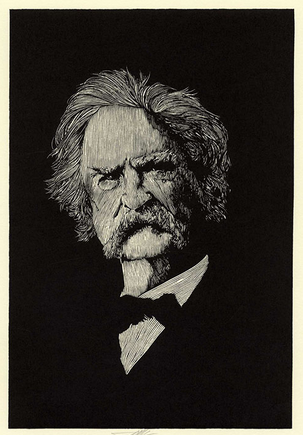 If the proper American literary effort is meant to capture the zeitgeist of its time and instruct Americans to do better, then Twain did exactly that. And in some ways he exceeded the call. Adventures of Huckleberry Finn is one of the nations first works to embody a strikingly American English, filled with vibrant dialect and colloquialisms. This marks one of many strides Twain made in order to render the antebellum South so convincingly. 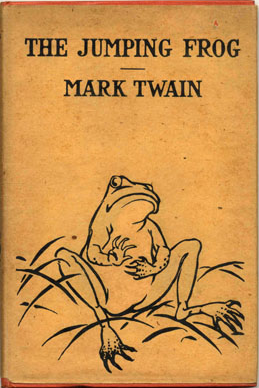 Great twentieth-century author Ernest Hemingway claimed all modern American literature comes from one book by Mark Twain called Huckleberry Finn There was nothing before. There has been nothing as good since.  There are still lessons for us to learn from his writings today. The work should be especially noted for its temporally transcendent dealing with Americas most prominent cultural conundrum: race.

As far as author personalities go, those that are so big they threaten to eclipse one's work, Mark Twain is one of the USAs most eminent. He penetrated the most unlikely of social circles and made the most surprising acquaintances. It was as if he had a sense for epicenters of advancement and progress. His interest in technology and invention (he died having three patents to his name) brought him into meetings with Nikola Tesla and Thomas Edison. Through his wife, he became surrounded by figures of the abolitionist movement such as Harriet Beecher Stowe and Frederick Douglass. Not only was he an abolitionist, Twain was vice president of the American Anti-Imperialist League and was a staunch advocate for women's suffrage. He delivered the famous "Votes for Women" speech on the matter.

Twain's wit and charm in socialization establish him as an American equivalent to Oscar Wilde. His biting insights have endured just as well as his fiction. He dismissed the censorship as telling a man he can't have a steak just because a baby cant chew it; a criticism very likely inspired by the endless controversy Huck Finn incurred. Hemingways praise could perhaps be extended. While Twain may have been the formative figure in the landscape of literary America, he could just as well be seen as the pioneer of its comic landscape, too. In honor of this legacy, each year the Kennedy Center gives out the Mark Twain Prize to a person notable for his or her contribution to American humor.

His humor was notoriously deployed for the purpose of deriding other authors. Some of his criticisms were hilariously petulant, like his attack on Jane Austen in which he claimed Pride and Prejudice compelled him to "dig her up and beat her over the skull with her own shinbone." Other criticisms were more elucidated. One of his most famous aspersions was cast on James Fenimore Coopers Deerslayer in a piece titled Literary Offences. In it, Twain outlined a list of rules that a proper work of fiction should abide by, and went in length to point out how Cooper had dazzlingly violated the staggering majority of them.

Twain remains as an unusually vibrant author for his period. According to his wishes, his massive autobiography was to be released one hundred years after his death. The book came out in 2010, completing the rare honor of being an author having published new material in three different centuries. It is also a difficult task to acquire a complete bibliography of Twains oeuvre. Because Twain wrote articles for many obscure publications (sometimes under an obscure pen name), scholars have been rediscovering his work as recently as 1995. That's quite a persistent influence from someone who is, as William Faulkner said, "the father of American Literature."

See our web-site for a number of Mark Twain titles and bibliographies.