Plenty of authors write from unusual places, but few can claim that they penned stories in a penitentiary. William Sydney Porter, better known by his pseudonym O. Henry, wrote many of his best known pieces from behind bars.

Born September 11, 1862 in Greensboro, North Carolina, Porter spent much of his childhood reading. His tastes were voracious and indiscriminate, as is often the case with early readers; he devoured both dime novels and classics with equal enthusiasm. Two of his favorites were Burton's Anatomy of Melancholy and Lace's translation of One Thousand and One Nights. Porter was tutored by his aunt throughout his youth, and after graduation he went to work at his uncle's drug store.

Two years later, in 1881, Porter was licensed as a pharmacist.

Porter suffered from a persistent cough, and in 1882 he traveled with Dr. James Hall to LaSalle County, Texas in an effort to alleviate his symptoms. Porter moved into the ranch of Dr. Hall's son Richard, where he worked as a ranch hand, babysitter, and cook. By 1884 Porter's health had improved enough that he could move to Austin with Richard. Porter took a series of jobs and became quite active in Austin's social scene. He joined multiple singing and theatre groups, including the Hill City Quartet, which sang at Austin events and serenaded local women. Soon after, Porter met Athol Estes, who was seventeen years old. He began courting her despite her parents' objections, and the two eloped in July 1887. 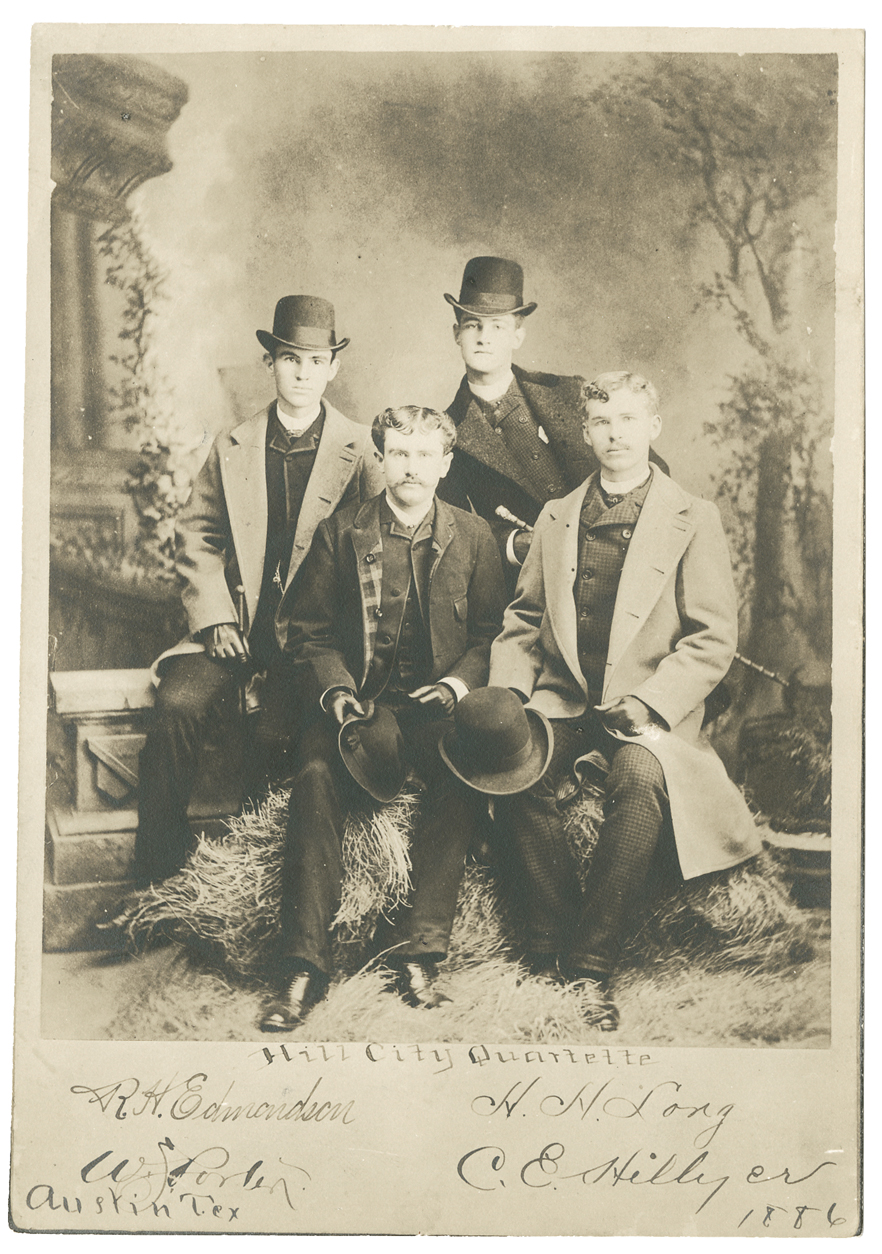 That same year Porter took a position as a draftsman at the Texas General Land Office (GLO). His salary was $100 a month, but he pursued writing on the side. The characters and setting of the GLO would manifest in some of Porter's stories, most notably "Georgia's Ruling," "Buried Treasure," and "Bexar Script No. 2692." Porter also supplemented his income with a second job as a teller and bookkeeper at the First National Bank of Austin. The bank was run very informally, and Porter was quite lax with his bookkeeping--so lax, in fact, that he skimmed some of the bank's funds for himself. his crimes became evident in 1894, and the bank accused Porter of embezzlement but never indicted him. 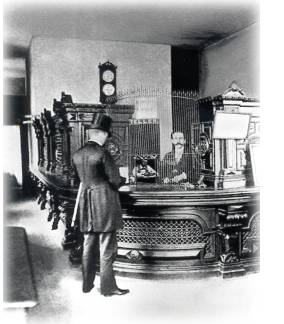 Porter as a teller at the First National Bank of Austin

After being fired from the bank, Porter devoted his full attention to writing. He published The Rolling Stone, a humorous magazine that satirized life, politics, and people. Though Porter managed to reach 1,500 subscriptions, he never managed to turn a profit. The magazine failed, but not before Porter attracted the attention of editors at the Houston Post. He and his family moved to Houston, and Porter joined the staff at the Houston Post for an initial salary of $25 a month. But Porter's popularity--and income--quickly grew. Porter developed the habit of hanging around hotel lobbies to observe people, a method that served him throughout his career.

Writing from the Ohio Penitentiary

But in 1895, the First National Bank of Austin received a federal audit, and the full extent of Porter's embezzlement came to light. He was indicted on federal charges. Porter's father posted bail, and he awaited federal trial on July 7, 1896. However Porter jumped bail and fled to New Orleans. He made his way to Honduras, where he passed several months in a Trujillo hotel. It was Porter who coined the term "banana republic" to describe the country. He wrote Cabbages and Kings while in exile there.

When Porter heard that Athol was dying, he went back to Austin and gave himself up. His father posted bail again so that he could be with his family. Athol died on July 25, 1897. Porter stood trial soon after, and was found guilty in February 1898. He was sentenced to five years in the Ohio Penitentiary. Thanks to his pharmacist's license, Porter got to work in the prison hospital and had a private room in the hospital room.

Incarceration left Porter with plenty of time to write, and he wrote fourteen stories under a number of pseudonyms from behind the prison walls. There are several theories about how Porter came up with his most famous pseudonym, O. Henry. Some say that it's a shortening of "Ohio Penitentiary," while others note that there was a prison guard there named Orrin Henry. Porter himself says that he initially wanted a "literary alias" because he wasn't sure if some of his work was good, and wanted to submit it anonymously. Porter's friend suggested choosing a name from the newspaper society pages. Porter selected "Henry," but as a last name. Then his friend recommended using a simple first initial. Porter chose "O," he said, because it was the easiest letter to write. At one point a newspaper editor asked what the "O" stood for, and Porter said "Olivier."

A Pseudonym of Questionable Origin

The first time that Porter used O. Henry as a pseudonym was in McClure's Magazine in 1899, for "Whistling Dick's Christmas Stocking." Pseudonyms weren't the only measure that Porter used to disguise his status as a convict; he also sent his stories to a friend in New Orleans, who acted as an intermediary between Porter and his publishers. Most editors who ran Porter's stories had no idea that his work was written from behind bars.

Thanks to good behavior, Porter was released on February 24, 1901. He traveled to Pittsburgh, where Athol's parents had moved and was reunited with his daughter, Margaret. Eleven years old, Margaret had been told not that her father had been in prison, but that he had been traveling on business for the past three years. By 1902, Margaret and Porter were settled in New York close to Porter's publishers. This was Porter's most prolific period; he wrote over 350 stories in the span of several years. That included a story a week for New York World Sunday Magazine, a pace that Porter maintained for over a year. Readers loved Porter's plot twists and witty writing, but critics were generally less receptive. Nevertheless he's often compared to Guy de Maupassant.

Because Porter was such a prolific author, many collectors build entire personal libraries around his works. He appeals to those who love not only short stories and Americana, but also magazines and even the history of Texas. 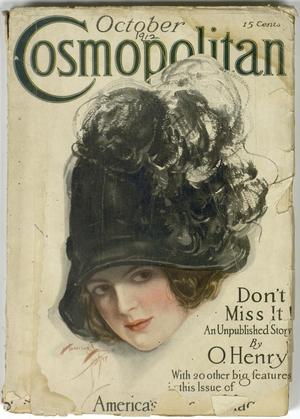 Even two years after O. Henry's death, his stories were still front-page material.

Porter fell prey to his own lifestyle, and he died of cirrhosis of the liver on June 5, 1910. He left behind an incredible collection of short stories that artfully capture the spectrum of American life. Even after his death, the author continued to enchant readers. The O. Henry Award now recognizes authors of outstanding short stories