Are you familiar with the works of Charles Reznikoff? If you haven’t already encountered Reznikoff’s books of poetry, including Testimony (1965) and Holocaust (1975), we’d recommend visiting a bookstore and seeking out these texts as soon as possible. And because Black Sparrow Press recently reissued a number of Reznikoff’s poetry books, it’s easier than ever to obtain one of these books for your personal collection. 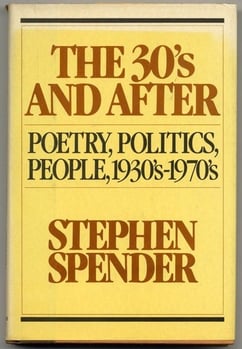 What can we say about this famous American poet that you may not already know? Charles Reznikoff became one of the most well-known Objectivist poets (a term coined in the early 1930s to describe a group of poets that included George Oppen, William Carlos Williams, and Kenneth Rexroth). But before Reznikoff’s poetic language made him famous, he was born on August 31, 1894 to Jewish immigrant parents in Brooklyn, New York. His parents came to the United States from Russia to escape the violence and political persecution of the pogroms that took place in the late part of the nineteenth century.

According to the Poetry Foundation, Reznikoff wasn’t the first poet in his family. To be sure, “his grandfather Ezekiel had also been a poet who composed his songs while traveling around the Russian countryside with his wagon in search of a living.” But those poems didn’t survive the ravages of time and fear of religious persecution. Reznikoff’s grandmother destroyed the poems, concerned about the repercussions of their content. Eventually, Reznikoff’s grandparents also emigrated from Russia and settled in Brooklyn, but no poems crossed the ocean.

In 1915, as a young man, Reznikoff earned a law degree from New York University. He only practiced law briefly despite being admitted to the Bar of the State of New York. Yet his interest in law—and the deep relationship among law, language, and literature—did not cease. Indeed, while working for the American Law Book Company a couple of years later, he published his first book of poetry. And his interest in the law remained through his career. In fact, the poems appearing in Testimony reflected upon racist and injurious American laws from the first half of the twentieth century. In a related move, Holocaust created poetry from legal trials in in which high-ranking Nazis were tried for crimes committed during the Holocaust. 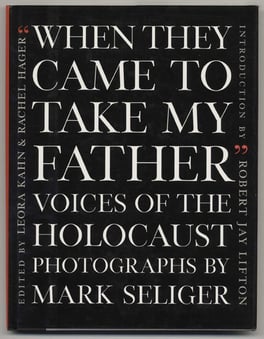 In the last decade, Black Sparrow Press has reissued important Reznikoff works to reintroduce the poet to contemporary readers. In 2005, Black Sparrow released The Poems of Charles Reznikoff: 1918-1975, which provided readers with the definitive collection of poems by the writer.

In 2007, Black Sparrow Press reissued Holocaust, emphasizing in its advertisement for the book that Reznikoff’s “source materials are the U.S. government’s record of the trials of the Nazi criminals before the Nuremberg Military Tribunal and the transcripts of the Eichmann trial in Jerusalem.” As the press goes on to explain, “except for the twelve part titles, none of the words are Reznikoff’s own: instead he has created, through selection, arrangement, and the rhythms of the testimony set as verse on the page, a poem of witness by the perpetrators and survivors of the Holocaust.” And finally, just this past summer, the press reissued a new paperback edition of Testimony, which Black Sparrow describes as a “lost masterpiece” of American poetry.

For anyone interested in the Objectivist poets or the close relationship between law and literature, the Black Sparrow reissues are must-buys. And we’d be remiss if we didn’t mention that the first editions of both Testimony and Holocaust are highly collectible. If you manage to spot either of these printings from the 1960s or 1970s, don’t hesitate to add them to your collection.