Ray Bradbury’s Fahrenheit 451 has become a cultural phenomenon since its publication in October of 1953. Many adaptations, from film and theater to computer games and comics, have kept cultural references to the novel consistent and relevant, despite over 50 years having passed since publication. A common inclusion in school curriculum, the novel captures the imaginations of readers, forcing them to compare the society presented in the pages to the society of reality. 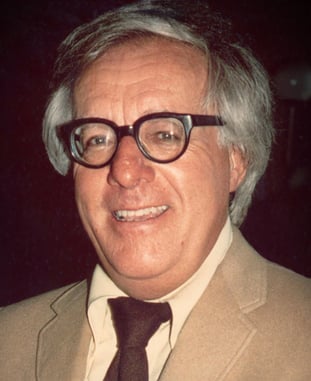 Set in a dystopian world that has criminalized books, citizens no longer read and only watch television. The plot follows Guy Montag, a fireman who burns down houses where books have been found. He is content with his life until he meets Clarisse, an outcast who prefers nature over technology. When he is burning an old woman’s books, he steals her Bible and starts to have doubts about his work.

He goes to meet Faber, a retired English professor, who helps Montag realize what society has lost with literature. His wife discovers his new collection of books and reports him. While at work, Montag learns that it is his house he is to burn down. He sets his house on fire before turning his flamethrower on his boss and killing him. Faber tells him how to escape into the countryside. After escaping, Montag meets a group of men, headed by Granger, who tell him they memorize books, hoping to eventually rebuild society. The city is attacked and annihilated with nuclear weapons, leaving Granger’s group and Montag to rebuild civilization.

Connections to Other Works

Throughout the book, Bradbury shows the importance of literature and critical thinking and the dangers of censorship and conformity. One way he does this outside of the character development is through his allusions to other literary works. Perhaps the most obvious connection is to Plato’s The Republic. Montag’s journey and the culture mirror Plato’s allegory of the cave.

A second example can be found in the parallel between Granger’s philosophy and Thoreau’s experiences presented in Walden. Similar to how Thoreau rejected society and resided in the freedom of nature, Granger and his group have fled from a corrupt community to the safety of the countryside.

In an ironic twist, Bradbury’s novel has been challenged in an attempt to ban several times. One example of this was in 2007 when parents from the Conroe Independent School District in Texas challenged the novel because of its portrayal of drinking, smoking, violence, and using God’s name in vain. Another example of this from 2018 occurred when a parent from the Santa Rosa District Schools in Florida filed a request to ban the book for its inclusion of abortion, murder, sex, drugs, and profanity.

“So now do you see why books are hated and feared? They show the pores in the face of life. The comfortable people want only wax moon faces, poreless, hairless, expressionless.”

“Maybe the books can get us half out of the cave. They just might stop us from making the same damn insane mistakes!”

“We’ll pass the books on to our children, by word of mouth, and let our children wait, in turn, on the other people. A lot will be lost that way, of course. But you can’t make people listen. They have to come round in their own time, wondering what happened and why the world blew up under them. It can’t last.”

Interested in learning more about Ray Bradbury? Read on:

Ray Bradbury and the Power of Books

Ray Bradbury, whose birthday we celebrate today, was a lifelong proponent of books and literature. He fought for the preservation of libraries, and only allowed his physical books to be formatted for e-readers when he was given no other option. This love of books as physical objects is only natural, you might say, for one who made his living as an author. But Bradbury and books are even more connected. After all, his most famous book takes as its focus books themselves, or, rather, a society that burns books. Fahrenheit 451 is a mainstay on most high school English reading lists, and for good reason. It's a cautionary tale, reminding readers of all ages of the risks of simply conforming, doing what they're told, and failing to use their minds to think for themselves. Bradbury's warning goes beyond just the burning of books. As he writes in  Fahrenheit 451, “You don't have to burn books to destroy a culture. Just get people to stop reading them.”

In honor of Bradbury's birthday, we've rounded up some of our favorite posts and videos about or including the legendary author. Perhaps the best gift we all could give the late author is to pick up a book we've yet to read and learn something new. Read more >>