Today marks the 50th anniversary of the first lunar landing! On July 20, 1969, NASA successfully landed the Apollo 11 astronauts on the moon. Eight years earlier in 1961, President Kennedy kicked the Space Race into overdrive when he called for more efforts and resources to be put into the space programs with the goal of reaching the moon by the end of the decade. July 16, 1969, found Neil Armstrong, Buzz Aldrin, and Michael Collins boarding the Saturn V rocket at the Kennedy Space Center and being launched into Earth’s orbit. After three days Armstrong and Aldrin landed on the moon in Eagle, the mission’s lunar module. They spent two and a half hours outside of Eagle exploring the surface, taking samples and photographs, and planting the American Flag. On July 24, Armstrong, Aldrin, and Collins splashed down off Hawaii, marking the end of the Apollo 11 mission. 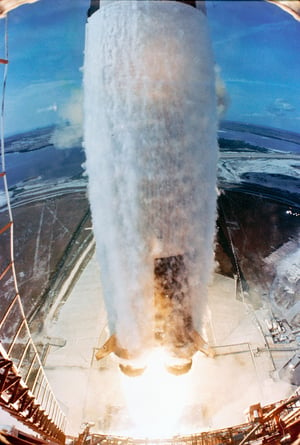 If you're an astronomy buff or interested in this particular moment in history, these books might be of interest to you. Add them to your collection today!

Written by Ian Passingham, this book follows a day-by-day telling of the entire Apollo mission, from before the launch to the splashdown. Passingham includes the historical background of 1969, including the Cold War and race riots. The use of humor, excitement, and easily understood explanations of complex technology help readers to understand the societal implications for the lunar landing.

This autobiography tells Collins’ experiences as an astronaut on the Gemini 10 and Apollo 11 missions. Originally published in 1974, it was republished in 2009 for the lunar landing’s 40th anniversary and in 2019 for the 50th anniversary. In addition to his experiences during the lunar landing and his spacewalks during the Gemini 10 mission, Collins explores his role as a U.S. Air Force test pilot and provides insight into his fellow astronauts. 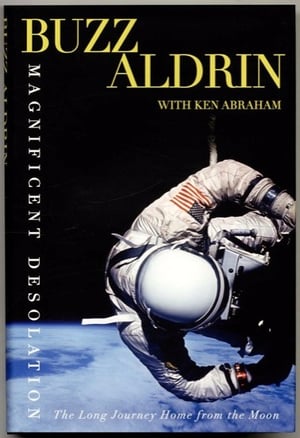 Armstrong’s official biography was first published in 2005. It examines details of Armstrong’s upbringing, personal life, and work in the U.S. space program in addition to his role in the Apollo 11 mission. In 2018, a film adaptation staring Ryan Gosling was released. The rights for the film were first purchased in 2003 before the book release.

Aldrin’s second autobiography focuses on his life after the Apollo 11 mission. Published in 2009, Aldrin discusses the difficulties he faced dealing with his sudden fame after returning from the moon. The forthright examination of the breakup of his marriage, his struggles with depression and alcoholism, and his loss of a sense of purpose after leaving NASA provides readers with a very human insight into the dark side of fame and its effects. (If you want to know more about Buzz Aldrin or if you're interested in collecting more books written by him, click here.)

Published in June 2019, Fetter-Vorm tells the history of the Space Age in graphic novel form. The novel covers the history leading up to the moon landing starting with the Babylonians and moving through Galileo to the Cold War and the Space Age. Fetter-Vorm uses the astronauts’ own words and draws attention to the unsung, behind the scenes work of the engineers.