Vellum is a printing material which was used as early as 2000 BC. It frequently appears in old, rare books as well as maps, deeds, and other important documents. It is valued for its distinct feel and assumed nobility. Gutenberg printed bibles with it; the Declaration of Independence is written on it; and the UK still prints its Acts of Parliament on vellum for archival purposes. Read on for a brief history of vellum and some insight into vellum preservation best practices.

Vellum as a Product

Vellum is a type of parchment, or a surface made from animal skin intended for printing. Vellum is made specifically from calf-skin, though the term can sometimes be used to refer to higher quality parchment made from a variety of animal skins, such as sheep or goat. When it is well made, Vellum feels like velvet, and it is silent when you turn the page. 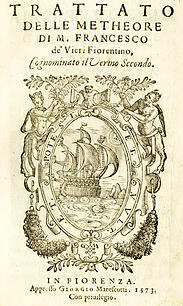 vellum is not tanned; it is treated by other chemical and physical means to prevent decay. The production of vellum has changed over time. In the fourth century AD, printers began to use alkaline baths to prepare the skin. Later in the 19th Century, chemicals such as sulfur compounds were added to the baths to quicken production. These additives made the vellum weaker. So later, cheaper versions of vellum are more likely to break down than their traditionally made cousins.

The alkaline bath accomplishes the important function of de-hairing the animal skin. In some cases, the hair follicles were too embedded in the animal hide to remove, producing rough patches that the scribe had to write around.

After the vellum is bathed, it is stretched taut over a frame and scraped with a crescent shaped knife called a lunellum. This process makes the surface of the paper smoother, but also makes it vulnerable to tearing. Because vellum was, and still is, expensive to make, holes and rips would usually be sewed to prevent them from growing larger - anything to save the precious hide. Some of these repairs, done by either manufacturer or archivist, are beautiful, and produce stunning and unique webs of twine. Vellum is an imperfect, handmade good, and the tradition of preserving it is as old as the object itself.

Vellum is particularly hygroscopic, meaning it readily absorbs moisture from the air. This makes the preservation of vellum a special task. A relative humidity between 25% and 40% should be maintained so that the environment is not too moist or too dry. The most significant danger of high humidity is mold. Not only does a certain range of relative humidity matter, it is crucial to prevent fluctuations, as they may cause the vellum to expand and contract, warping the material itself and any board it may be bound to.

As with most printing materials, vellum reacts poorly with severe light exposure. Intense light has the ability to form hydrogen peroxide in the vellum, causing it to become brittle and break down, or gelatinized. Being skin, vellum contains a large amount of collagen, and it is crucial to prevent it from breaking down or hosting biological growth.

Vellum has a tighter range of acceptable humidity than most other printed goods and has many ways of becoming damaged or deteriorated, but it is worth the attention. Few materials have been a vessel of culture like vellum, and by preserving it, you are protecting a work of craftsmanship and history.