Carol Shields: Our Literary Neighbor to the North

It may (or may not) shock some of you to know that Alice Munro, who won the 2013 Nobel Prize in Literature, was the first Canadian writer to achieve Nobel laureate-status. Still others, while in the process of reading these sentences, may be equally shocked to realize that they can hardly name any Canadian authors. Munro, Margaret Atwood, Michael Ondaatje; for many the list stops there. Though Canada’s most populous cities are often mere hours of travel from the literary hubs of the lower 48, a deep awareness of our northern neighbor’s literary output rarely seems to make it through customs. 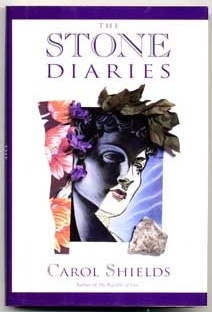 Many perceive Canada to be a dull, mundane place; a place where not very much happens. While many Canadian authors have endeavored to buck that stereotype, there is (at least) one who turns it into literary magic. Indeed, Carol Shields might even be considered something of a poet laureate of the mundane. During her decades-long career, she took up the mantle of the great authors of deeply felt, domestic fiction—from Jane Austen (on whom Shields ultimately wrote a book) to Virginia Woolf—to create a vast portraiture of inner life. In this way, Canadian life’s most mundane details have, paradoxically, yielded one of Canada’s most exciting novelists.

Of course, Ms. Shields was not starved for acclaim in her lifetime. Despite the apathy with which Canadian literature is often approached, Shields’ 1993 novel The Stone Diaries won not just the Governor General’s award (one of Canada’s highest literary honors) but also the Pulitzer Prize, a singular feat in North American letters. Her last novel, Unless (2002), garnered similar recognition, winning the Ethel Wilson Fiction Prize as well as earning spots on the list of finalists for the Man Booker Prize and the Governor General’s Award. Noteworthy not just for its awards-buzz, however, Unless, written in the wake of a 1998 breast cancer diagnosis, serves as something of a cross between autobiography and manifesto. The text, in depicting the middle-aged reflections of an author and translator whose daughter has chosen homelessness as a lifestyle, draws liberally from Shields’ own experience in order to fashion a critique of contemporary literature’s frequent disregard for women. 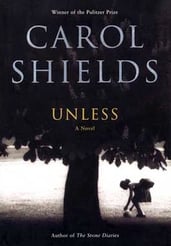 Though Carol Shields certainly cared deeply about the portrayal of the domestic in fiction, she almost certainly didn’t care if her works in particular would continue to be read. When asked about her literary legacy, Shields said, “someone sent me a list of all the Pulitzer Prize winners since something like 1915, I think, and half of them I'd never heard of, half of them. So I don't think literary reputations live on, very few of them. Books, you know, fall out of the public eye. So I don't have a sense of leaving anything permanent at all.” This attitude, however, may exemplify the precise reason we should continue to read her works. Impermanence is the very undercurrent of human life, and there should be a special place for literature that knows it. Canada may be considered our mundane and domestic neighbor, but in the hands of Carol Shields, domesticity (which she called the ‘shaggy beast which eats up 50 percent of our lives’) attains an electric vivacity that demands notice.