Mötley Crüe may be among the least Dickensian entities on the planet. Certainly, if we deploy the word the way it’s often used, to refer to over-the-top poverty and industrial hardship, we are left scratching our heads at whether ‘Girls, Girls, Girls’ could, under any circumstances, be taken as an allegory for the British working class. Even if the word is just meant to evoke the esteemed author of such beloved works as Oliver Twist (1838) and A Christmas Carol (1843), the gap between Charles Dickens and Nikki Sixx still seems hard to bridge. With the band’s ongoing farewell tour, however, it may be unwittingly walking in the legendary novelist’s footsteps.

Where most modern writers are hesitant to expect fortune and acclaim, sometimes going so far, as in the cases of Thomas Pynchon and JD Salinger, to flee from them once they’ve arrived, Dickens wrote in explicit pursuit of fame. 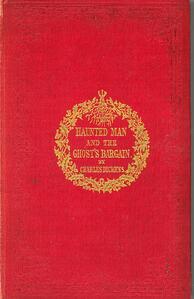 At age twenty, the eventual writer of Great Expectations (1860) began preparation for a career as a comic actor. When a poorly timed bout with illness forced him to miss an audition, he turned instead to writing, first working as a journalist for The Mirror of Parliament and the Morning Chronicle before turning toward the novels for which he would gain literary immortality. With the serial publication of the Pickwick Papers in 1836, Dickens attained the fame he had so lusted after. That the final installment of the novel sold more than 40,000 copies is staggering when you consider the United Kingdom’s minuscule population and literacy rate in the middle of the 19th Century. And, of course, it would not be the last people heard of the inimitable wordsmith.

It is difficult to say whether Dickens got more than he bargained for. He sought fame, and by the middle of his twenties he had found it, but it seems unlikely that he predicted the level of public attention he would garner over the next three-plus decades. Those who have called him the first modern celebrity have firm evidence with which to work. As scholar Natalie McKnight notes, regarding Dickens’ first trip to America, “(p)eople tried to get access to Dickens’ hotel room when he was in Boston in 1842. He was stalked, and reportedly fans tried to grab handfuls of fur from his coat when he was out in public.” He received treatment more befitting of The Beatles than Beatrix Potter when he toured, and while there was no Shea Stadium back then for young women to faint in, he was still quite the sensation. 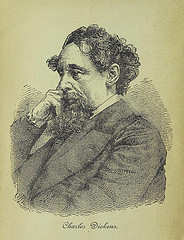 All of this, of course, leads to his so-called ‘farewell readings’ in 1868-69. There was a modicum of the macabre to Dickens’ decision to give 100 readings across the United Kingdom in the last years of his life. Where most modern farewell tours signal only retirement or disbanding, Dickens’ tour, given his deteriorating health, was almost certainly in anticipation of his impending death. And, to wit, the last of the readings (rescheduled after his health became an impediment to the last leg of the tour) came a mere two months before his passing. But for nearly two years, Dickens went out into the world to celebrate his legacy with hordes of adoring fans, a handful of royals among them. Not someone who needed to be told to play the hits, he read passages from the likes of A Christmas Carol and The Pickwick Papers, and, in doing so, pioneered that late-in-life rite of passage undergone by rock stars and intellectuals alike: the farewell tour.