Christmas as Portrayed in the Harry Potter Series, Part II

Last week, we left off discussing Harry’s Christmases in books 1-4 of Rowling’s hit series. If you missed it, read the discussion here. Now, let’s dive in to the holiday as experienced in books 5-7, complete with carols about magical creatures, a meddling Minister of Magic, and a near-death experience thanks to the darkest wizard the world has ever known. How’s that for Christmas spirit?

Harry Potter and the Order of the Phoenix 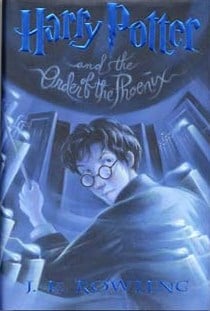 In Harry Potter and the Order of the Phoenix, we are treated to our first Christmas with Harry outside the walls of Hogwarts. Indeed, he and the Weasley’s took a portkey to 12 Grimmauld Place following Harry’s dream vision of Mr. Weasley’s attack.

Of course, Harry is initially riddled with guilt, fearing that Voldemort possessed him to hurt Mr. Weasley; however, once Ginny sets him straight, “His heart swelled with happiness and relief, and he felt like joining in as they heard Sirius tramping past their door toward Buckbeak’s room, singing “God Rest Ye Merry, Hippogriffs” at the top of his voice.”

Speaking of Sirius, he goes to great lengths to make the crew feel welcomed in his home at Christmas time:

“He worked tirelessly in the run-up to Christmas Day, cleaning and decorating with their help, so that by the time they all went to bed on Christmas Eve the house was barely recognizable. The tarnished chandeliers were no longer hung with cobwebs but with garlands of holly and gold and silver streamers; magical snow glittered in heaps over the threadbare carpets; a great Christmas tree, obtained by Mundungus and decorated with live fairies, blocked Sirius’s family tree from view; and even the stuffed elf heads on the hall wall wore Father Christmas hats and beards." (Chapter 23, Harry Potter and the Order of the Phoenix)

When Harry, Hermione and the Weasleys visit Mr. Weasley in the closed ward on Christmas day, they also meet Neville, and we get one of our first glimpses at not only the horrible state his parents are in thanks to Bellatrix Lestrange but also some insight into Neville’s bravery. Again, Rowling doesn’t fill her Christmas holiday scenes with fluff (aside from that brilliant magical snow) but with meaningful content, crucial to the development of the saga.

Harry Potter and the Half Blood Prince 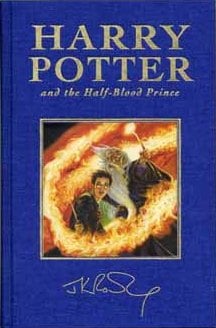 Ahh, the Weasley’s Borrow. Who wouldn’t want to spend a frosty Christmas snuggled up in one of the many towers and unique spaces the house has to offer? To Harry, the Borrow has always felt more like his home than Number 4 Privet Drive. And once again, it’s bursting at its seams with visitors coming together for the holiday. Bill is there with his fiancée Fleur, and the tension between herself and the Weasley women is palpable and comical. Lupin and Mr. Weasley try to calm Harry’s nerves about Snape’s involvement with the Dark Lord via Malfoy.

And in a shocking twist, Percy Weasley returns home, much to Mrs. Wealey’s elation; however, he isn’t alone. Instead, he’s brought with him newly instated Minister of Magic, Rufus Scrimegeour. When the Minister asks for a word with Harry, Harry is at first confused and then quickly becomes angry when it is apparent that Scrimegeour wants him to act as a sort of mascot for the ministry.

The final lines of the chapter reveal Harry’s allegiances:

“'Dumbledore’s man through and through, aren’t you, Potter?’ ‘Yeah, I am,' said Harry. ‘Glad we straightened that out.’ And turning his back on the Minister of Magic, he strode back toward the house.” (Chapter 16, Harry Potter and the Half Blood Prince)

And the rest of us gave a mighty fist pump.

Harry Potter and the Deathly Hallows 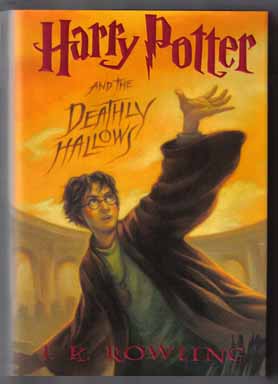 When Christmas comes around again in the final installment of the Harry Potter series, Harry and Hermione are taken by surprise. In fact, it is not until they are wandering through the streets of Godric's Hollow and hear a carol start up from inside the small church that it dawns on Hermione that it is, in fact, Christmas Eve. As they make their way to the cemetery where Harry’s parents are buried, the sound of carols grows. Harry’s reaction is gut-wrenching.

“It made Harry’s throat constrict, it reminded him so forcefully of Hogwarts, of Peeves bellowing rude versions of carols from inside suits of arm, of the Great Hall’s twelve Christmas trees, of Dumbledore wearing a bonnet he had won in a cracker, of Ron in a hand-knitted sweater….”

It’s at this point in the seventh book that we are feeling completely forlorn. Ron left Harry and Hermione after a huge row. Harry is dealing with seeing his parents’ gravestones for the first time. He’s got the weight of the whole wizarding world on his shoulders with no real direction for how to lift it. This longing for Hogwarts and simpler times is completely understandable, and makes for a truly poignant moment in Harry’s story.

And if all of that isn’t enough, Christmas Eve culminates in a visit with Bathilda Bagshot, a.k.a. Nagini, Voldemort’s snake.

“And then his scar burst open and he was Voldemort and he was running across the fetid bedroom, his long white hands clutching at the windowsill as he glimpsed the bald man and the little woman twist and vanish, and he screamed with rage, a scream that mingled with the girl’s, that echoed across the dark gardens over the church bells ringing in Christmas Day….” (Chapter 16, Harry Potter and the Deathly Hallows)

Voldemort’s near capture of Harry and Hermione in this instance has us holding on to our Christmas stockings. Rowling pulls out all the stops in her final installment of the Harry Potter series, and this scene on Christmas Eve is just the beginning of what becomes a fast-paced, gripping, and perfect ending to the beloved story.

So, now that we’ve explored Christmas with Harry (we hope you've enjoyed it as much as we have), tell us: what Potter Christmas scene is your favorite? Which book will you be reading or adding to your collection this holiday season?