Awarded each year since 1901 (except in 1914, 1918, 1935, 1940, 1941, 1942, and 1943), the Nobel Prize in Literature is an obvious litmus test for exceptional writers. While there have, of course, been a fair share of “snubs” in the past 100+ years, many of the greatest authors in recent history bear the title "Nobel laureate." As a result, collecting Nobel Prize winners makes good sense: there’s a list to follow; a new author is chosen each year from all around the globe, allowing for an eclectic reach (many congratulations to the 2015 winner from Belarus, Svetlana Alexievich!); and your collection will be filled with the best of the best. We thought we’d offer some advice for fledgling collectors and seasoned collectors alike as you go about putting together your noble Nobel collection. 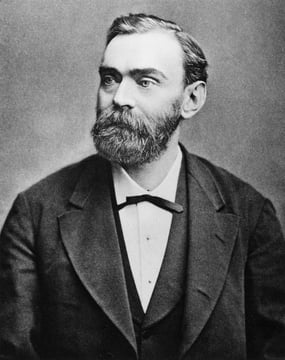 First things first, it’s essential to understand that a Nobel Prize in Literature book collection may mean different things to different people. Certainly, there are many ways one could go about collecting the works of Nobel laureates; in fact, there are probably as many types of collections as there are collectors. We’d like to discuss a couple of these collecting options.


A Completist Collection of a Nobel Laureate

A “completist” is someone who aims to collect all of the works by any given author. The challenges that arise from setting one’s sights on collecting an author’s complete works are many; however, it isn’t impossible. Using the list of Nobel Prize in Literature winners, a collector may well choose one or two authors who are of particular interest and begin amassing his collection by tracking down their works. Here are some items to consider when working toward a completist collection:

1.) Get yourself a good bibliography.

Having a comprehensive bibliography at the ready is essential to one’s work as a completist collector (really, as any collector). A bibliography will list all of an author’s works, as well as ensure that you understand the different points for each edition. It may also include pertinent information regarding different translations, etc.

Speaking of translations, keep in mind that because the Nobel Prize in Literature is awarded to an individual from anywhere in the world, original texts may be in a language not familiar to the collector. Will you collect translations? Will you choose what author you pursue based on his or her native tongue?

3.) Keep the size of an author's canon in mind.

An author with a massive canon — think Sinclair Lewis with his outrageous number of titles spanning novels, short stories, articles of non fiction, etc. — is obviously much more of a challenge to collect in a completist style than a less prolific writer (if you can call any of these individuals “less prolific”). Though we’d wager that most of the authors on the Nobel Prize list have a massive canon by everyday standards.

A Sampling Collection of Nobel Laureates

Another option for the aspiring Nobel laureate collector is to collect a sample of work from each Nobel Prize winner, or from a specific segment of such. This would lend itself to the accumulation of a substantial collection, as the prize has been awarded for over one hundred years; however, it also allows the collector to be more particular in her selection of works. The Nobel Prize in Literature is typically not awarded based on the merits of one of an author’s works, but instead it is given based on an author’s artistic contributions on the whole. As such, the myriad of works a collector could choose from for each of any number of authors is great. The benefits to this type of collection include not only the flexibility in titles collected, but also the wiggle room to pick and choose more expensive or less expensive editions, based on one’s means. 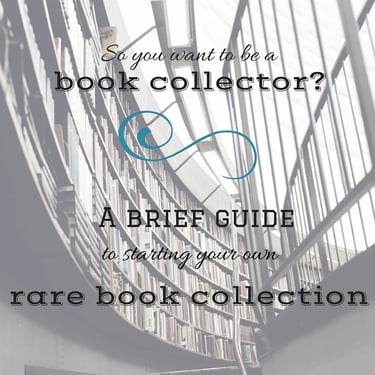 If you have the list in hand, and you’re looking for some ideas on where to begin collecting Nobel Prize in Literature winners, allow us to introduce you to some interesting authors and editions. And check back here for our ongoing Nobel laureate spotlights. 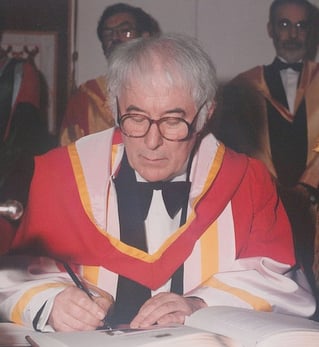 Seamus Heaney won the Nobel Prize in Literature in 1995. The Irish poet, playwright, translator, and academic has a plethora of works from which a Heaney collector can choose. His first major collection of poetry is a good place to start. Death of a Naturalist was published in 1966 by Faber and Faber, and it received critical acclaim. First edition copies of this collection exist for a pretty penny (we’ve seen prices ranging from $2,000 to over $10,000, depending on the condition). The book itself is beautiful with green cloth and gilt lettering. The original dust jacket has a salmon-colored portion which is privy to sunning and fading. A number of copies exist which are signed by the author himself. Searching for a signed copy and/or one with a notable inscription from Heaney is a worthwhile pursuit.

Another collection of poetry that bears notice was published late in Heaney’s career, some 44 years after Death of a Naturalist. Human Chain was likewise well-received and earned Heaney the Forward Poetry Prize for best collection, an award he had yet to win up to that point in his career. A limited number of first edition copies of Human Chain were printed in the collection's first print run — only 325. And, 25 of the total were printed for the author himself. However, since this book was printed more recently — in 2010 — it’s not out of the question to acquire a copy for one’s Heaney collection. Look for the limited edition number on the inside pages, and also an author’s signature.

Of course these titles are only a start, and Heaney did some remarkable work in the latter half of the 21st Century. Be sure to check out, not only his poetry collections, but also his prose, plays, and translations.

Wislawa Szymborska won the Nobel Prize in Literature in 1996. Before then, she wasn’t very well-known outside her native Poland. Still, the Nobel committee described her as the “Mozart of Poetry” for good reason. Her humor, irony, and clear way of conveying thoughts is delightful. When asked why she published so few poems in her lifetime (less than 400), she responded candidly, “There is a trash bin in my room. A poem written in the evening is read again in the morning. It does not always survive.”* What’s not to love about this woman?

Collecting Wislawa Szymborska is definitely a treat, and a completist may even find acquiring all of her works to be accomplishable. Much of Szymborska’s work was translated, making it available for digestion to a wider audience. Might we recommend beginning with her collection of poems titled Miracle Fair? It was first published in the U.S. in 2001 by W.W. Norton & Company. In it, readers and collectors will get a taste of the range of topics Szymborska expertly worked with over the course of her career, from love and its ironies to the beauty of nature and the natural world. Finding a signed copy is feasible and makes a strong addition to one’s collection.